Details
BY Dorian Rhea Debussy, Ph.D.
IN Feminism
Published: 27 May 2020 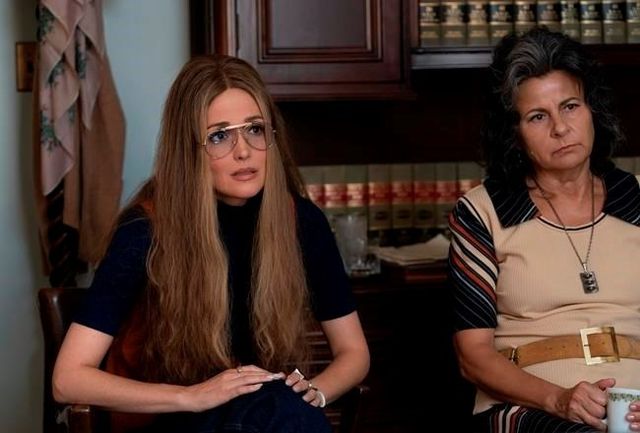 The FX on Hulu mini-series, Mrs. America, shows an intimate portrayal both of anti-choice activist, Phyllis Schlafly, and leading feminists of the 1970s—Gloria Steinem, Shirley Chisholm, Brenda Feigen, Betty Freidan, Bella Abzug, and more. The premise of the show is to tell the story of how progress on the Equal Rights Amendment (ERA) stalls, but the mini-series does far more than that. Simply put, the show places a spotlight on why this happens and how misinformation—in an era before “fake news” was widely discussed—played a critical role.

The fight for the ERA didn't end after the events of Mrs. America, and it still continues today. Here's what we can take away from the show and, most importantly, why we can't give up the battle. Of course, those who are hoping to avoid any spoilers should stop reading, bookmark this article, and come back to it after finishing the nine-episode mini-series.

1. We must acknowledge the role of misinformation in the historical and contemporary fight for the ERA.

At the beginning of the mini-series, Phyllis Schlafly isn’t immediately concerned with the ERA. In fact, her passion for conservative politics lies with the Strategic Arms Limitations Talks (SALT) and the Soviet nuclear threat. After she is told that the ERA could end alimony and subject women to the draft, her concerns start to develop. Within the first few episodes, she makes it her mission to fight the ratification.

Ultimately, the misinformation spurred her into action. Throughout the series, Schlafly knowingly weaponized that same misinformation. This occurs, most clearly, in episode 5 (“Phyllis & Fred & Brenda & Marc”), where Schlafly invents a court case to support her arguments against the ERA.

To the viewer of this show, the realities of “fake news” and misinformation aren’t new, and many of us encounter it daily. However, it’s important to recognize the role of misinformation and blatant lies in the fight against the ERA. While the ERA is not yet law, it does still have a path to becoming an amendment to the Constitution, but we need to be wary of the false narratives, which have been used against it.

In an age where conspiracies and misinformation are readily perpetuated by the White House, Mrs. America shows us that this problem has existed for far longer than the Trump presidency. Indeed, “fake news” is a challenge that will continue to grow in the years to come.

2. We must create intersectional and inclusive feminist spaces to achieve political victories.

One such moment is when Shirley Chisholm—the first Black woman elected to Congress, the first Black candidate to seek a major party’s nomination for President, and the first woman to appear in a presidential debate—meets with Bella Abzug and others at the Democratic National Convention. In episode 3 (“Shirley”), Abzug sharply accuses Chisholm of letting her ego get in the way of George McGovern’s nomination as the Democratic candidate. Later in the episode, Chisholm electrifies an audience of delegates, and following her speech, McGovern appears awkwardly out of touch with the feminist movement.

While Mrs. America shows a number of the challenges with creating inclusive feminist spaces, this problem still exists today. Although intersectionality is a common phrase in many feminist circles, we must ensure that these spaces are intentionally and comprehensively including women of color, the LGBTQ+ community, disability rights activists, and others.

Of course, the feminist movement has evolved in many ways, but Mrs. America shows us the very real danger of allowing our movement to exclude such intersectional perspectives from the work of social justice.

3. We must continue the fight for the ERA and recognize that it shouldn’t be a partisan issue.

In episode 8 (“Houston”), a number of Schlafly’s collaborators attend the first NWPC national convention. At the event, the group from STOP ERA seeks to be interviewed by reporters to help draw attention to their cause.

During one of these interviews, a STOP ERA member says that most people don’t want the ERA. The reporter calmly asks how she explains that claim, since polling shows a strong majority of Americans do support the ERA. Following the incident, one of the STOP ERA leaders criticizes her fellow member and tells her to just say that ‘the polls are wrong.’

As shown in Mrs. America, the ERA wasn’t actually a partisan issue. During its passage in Congress, 354 members in the House of Representatives and 84 Senators voted ‘yes’ on the ERA. In addition to broad public support, the ERA also enjoyed presidential support from the Nixon, Ford, and Carter administrations.

The ERA only became partisan leading into the 1980s, as the misinformation from Schlafly, STOP ERA, and anti-reproductive rights groups took hold during the Reagan presidency. However, it should be noted that the ERA still enjoys widely popular support today, just as it did in the 1970s. In fact, recent polling shows that over 70% of Americans support the ERA.

So, Where’s the ERA Now?

As the mini-series concludes, 35 states had ratified the ERA, meaning that it was just 3 states shy of becoming an amendment to the Constitution. Decades later, Nevada ratified the ERA in 2017, followed by Illinois in 2018. And finally, Virginia ratified the ERA only a few months ago, making it the 38th state to do so.

However, the congressional deadline to ratify the ERA passed in 1982. To complicate things, 5 states—Idaho, Kentucky, Nebraska, South Dakota, and Tennessee—initially approved the ERA ratification but subsequently voted to rescind it in the mid to late 1970s. (A legal question as to whether or not a state can revoke its ratification certainly still lingers.)

In an effort to see their states’ ratifications approved, the Attorneys General for Nevada, Illinois, and Virginia filed a lawsuit in a D.C. circuit court in January 2020. In February, the House of Representatives then voted to eliminate the congressionally imposed deadline for ratification, but at the time of this writing, the Senate has not taken up that same resolution.

More recently, the fight for the ERA now continues in the courts. Earlier this month (and in the midst of a global pandemic), the Trump administration’s Dept. of Justice filed a motion to dismiss the lawsuit.

Given that no amendment has ever reached the number of required ratification votes after its congressional deadline, the fate of the ERA currently rests with the courts. However, we must continue to advocate for the Equal Rights Amendment, and Mrs. America has the potential to encourage a new generation of feminists to do just that.

Dorian Rhea Debussy, Ph.D. (they/them) [formerly known as Timothy R. Bussey, Ph.D.] is the Associate Director for the Office of Diversity, Equity, and Inclusion at Kenyon College, where they specialize in fostering LGBTQ+ inclusion and equity on campus. In addition to their role with Kenyon College, Rhea also serves as the Executive Director of the Ace and Aro Alliance of Central Ohio, which is the state’s first organization focused upon serving the asexual and aromantic community; a member of the Advisory Board for the TGNC360 Initiative of the OUT Georgia Business Alliance, which is the state’s first transgender-focused economic empowerment initiative; and a facilitator of the NCAA’s Division III LGBTQ OneTeam Program, which is the organization’s first nationwide LGBTQ+ inclusion program. Previously, they served as both the Vice President for the Board of Directors and the Acting Operational Director of the Newark Ohio Pride Coalition, which coordinates a local pride festival of roughly 1,500 annual attendees. Their research interests include queer history, LGBTQ+ educational support, and LGBTQ+ politics and policy. Their most recent work has been published by The Conversation, The Associated Press, and The Gay & Lesbian Review among others.

Tags: Mrs. America , Equal Rights Amendment , Gloria Steinem , women's history , politics
Support Feminist Media!
During these troubling political times, independent feminist media is more vital than ever. If our bold, uncensored reporting on women’s issues is important to you, please consider making a donation of $5, $25, $50, or whatever you can afford, to protect and sustain BUST.com.
Thanks so much—we can’t spell BUST without U.