Details
BY Aliza Pelto
IN Feminism
Published: 18 May 2020 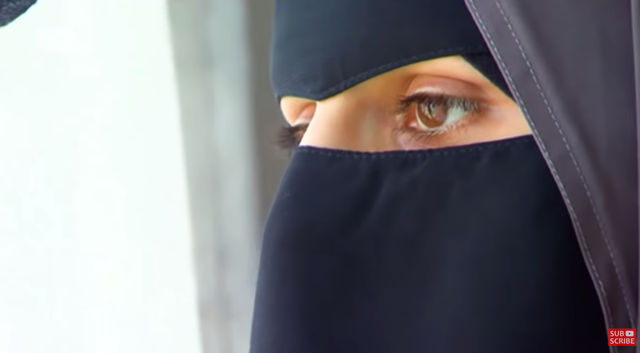 Like much of the world, France has declared that wearing a face mask in public is now mandatory due to the ongoing Covid-19 pandemic. Despite the new mandate, however, France still has a ban on burqas, niqabs and other Islamic face coverings.

A controversial ban now implemented in a number of other countries in Europe as well as in Quebec, France outlawed women from wearing full face veils, niqabs and other kinds of head and face coverings in 2011. The French government claimed that the ban was set in place because they believed full face coverings were a violation of women’s freedoms. Many Muslim women and others in the country, as well as throughout the world, called out the ban for what it truly was: Islamaphobic. "I want to say solemnly, the burqa is not welcome in France,” the French president at the time, Nicolas Sarkozy stated. “In our country, we can’t accept women prisoners behind a screen, cut off from all social life, deprived of all identity. That’s not our idea of freedom.” Many protests were held throughout the country of women defending their right to wear a head and/or face covering and fighting for their religious freedom.

Another common excuse French and European lawmakers gave to justify the Islamaphobic ban on niqabs and burqas was that they pose a security threat. Former president of Latvia, Vaira Vike-Freiberga, stated “covering one’s face in public at a time of terrorism presents a danger to society. … You could carry a rocket launcher under your veil. It’s not funny.” While it’s a good thing that France adopted the face-mask mandate in order to protect public health, one has to wonder why they don’t consider cloth and medical face-masks to be a security threat. Even though the rest of France will now be required to wear face coverings out in public, Muslim women who do so will continue to be punished and fined upward of 150-eruo ($163 USD). “Wearing a mask intended to prevent any risk of contagion by COVID-19 does not constitute a criminal offense," France’s interior ministry stated.

Many have taken to Twitter to speak out on the topic including Qasim Rashid, who is running for congress in the state of Virginia:

Even in the face of global pandemic France won’t admit its bigoted burqa ban is wrong. Smh
https://t.co/r8Dx3oFIMn

“if an observant Muslim woman wanted to get on the Paris Metro, she would be required to remove her burqa and replace it with a mask". https://t.co/X7jK0JE2tJ

While the burqa and niqab ban was wrong long before the Covid-19, France has made it even clearer that the law comes from a place of prejudice. Now, people are once again speaking out about the fact that the French face covering ban was not created for public safety nor to protect women’s freedom, reminding the world that the ban is purely Islamophobic.

What Shouldn’t You Say To Someone Who Wears A Burqa? These Muslim Women Have The Answers

Tags: Face Mask , France , Burqa , Niqab , France Burqa Ban , Covid-19 , Religious Freedom , Islamaphobia , discrimination , Muslim Women , Islam
Support Feminist Media!
During these troubling political times, independent feminist media is more vital than ever. If our bold, uncensored reporting on women’s issues is important to you, please consider making a donation of $5, $25, $50, or whatever you can afford, to protect and sustain BUST.com.
Thanks so much—we can’t spell BUST without U.