Details
BY Aliza Pelto
IN Feminism
Published: 13 May 2020 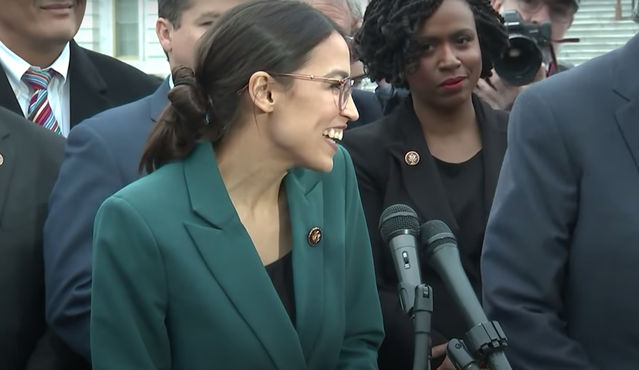 Representative of New York's 14th District and member of “The Squad,” Alexandria Ocasio-Cortez, was just appointed the Co-Chair of the Biden-Sanders Climate Change Task Force. Announced last month, the task force was created by Presidential Candidate Joe Biden and his former fellow candidate, Bernie Sanders, in an effort to unify the Democratic Party. Meant to advise the Biden Campaign, the task-force will focus on six key issues including criminal justice reform, economy, education, healthcare, immigration and of course, climate change.

Ocasio-Cortez will be leading the Climate Change task force along with former Secretary of State and Massachusetts Senator, John Kerry. AOC is perhaps best known for being a champion of The Green New Deal, a legislative package that would, if implemented, invest in green businesses, provide over 16 million green jobs, and make moves to shift to 100% green energy in the United Stated by 2030 among other things.Having AOC as a chair of this task force is crucial to making changes to the way we handle climate change that could in-turn impact our planet’s future.

Not only was Rep. Ocasioi-Cortez named a co-chair of one of these task forces, but a number of other incredible women politicians, activists and experts as well. The list includes California Representative Karen Bass, Ohio Rep. Marcia Fudge, former Senate staffer Dr. Heather Gautney, the National Immigration Law Center’s Marielena Hincapié, Washington Rep. Pramila Jayapal, prominent union activist Sara Nelson and California Rep. Lucille Roybal-Allard. Coordinating the work of the task force will be Carmel Martin of the Biden for President and Analilia Mejia of Friends for Bernie.