What Florence Nightingale Can Still Teach Us 200 Years After

Details
BY Bethany Allard
IN Feminism
Published: 13 May 2020 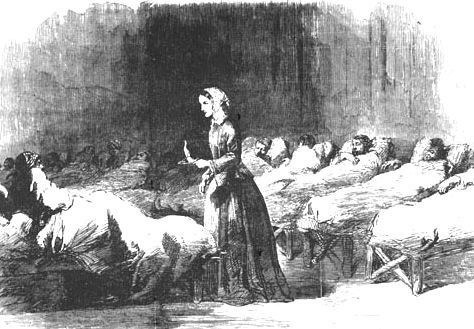 Even when we are not in the midst of a pandemic, it is easy to acknowledge nurses are heroes. But the profession didn’t always inspire respect from the masses. So yesterday, on International Nurse’s Day, we’re taking a look at the woman who changed that, Florence Nightingale, on the 200th anniversary of her birth.

From a young age, Nightingale knew she wanted to be a nurse, but her parents hated the idea. They were a wealthy Victorian family, so Florence was to marry well. Thankfully, her aspirations extended beyond that and she became a nurse. After working for some time in London, she was put in charge of nursing British troops and their allies in the Crimean War, where she earned her nickname “The Lady with the Lamp” because of the many late nights she spent caring for soldiers.

But providing quality care wasn’t all she wanted to do. Florence was adamant about using evidence and data to make informed decisions. She was one of the first female statisticians and in 1858, she became the first female fellow of the Royal Statistical Society, an organization based on that very ideal. When she went to practice nursing in the Crimean War, she found hospitals were generally disorganized and not keeping straightforward and accurate records. So, she introduced guidelines on how to record sickness and mortality across the military hospitals so health professionals could understand how and why sicknesses spread. This is the same system used today, as we’ve all become more than familiar with due to coronavirus.

Florence also understood how important it was to present data in a way that was easily understandable. For instance, she was the pioneer of the first pie chart, according to TIME. She knew that giving people a visual reference could more powerfully convey significant data findings (heard the phrase “flatten the curve” recently?). We love a factually accurate and accessible queen!

Today is the bicentenary of our first female fellow, Florence Nightingale who joined the Society in 1858, following her return from the Crimean War. Here is her nomination form
#Nightingale2020 pic.twitter.com/gvPMlBMNde

She didn’t stop there. Florence wanted to create a space for others to follow her methods, so she founded the first secular nursing school, the Nightingale School of Nursing, in London in 1860. In 1859, she published Notes on Hospitals, which gave instructions on how to run civilian hospitals. When she was 38, she fell ill and never truly recovered. Still, she met with community members and politicians from her bed, never stopping her essential work.

This year, to commemorate Nightingale’s birthday and International Nurse’s Day, actress Helena Bonham Carter, who’s great great grandmother was Nightingale’s aunt, is working with the Florence Nightingale Foundation, to offer for purchase white e-roses today for nurses (which are available here). Proceeds will go to nurses and midwives on the frontlines and after lockdown, the foundation will present a display of real roses outside of Westminster Abbey, a testament of gratitude to the field Nightingale was instrumental in shaping.