Details
BY Aliza Pelto
IN Feminism
Published: 11 May 2020 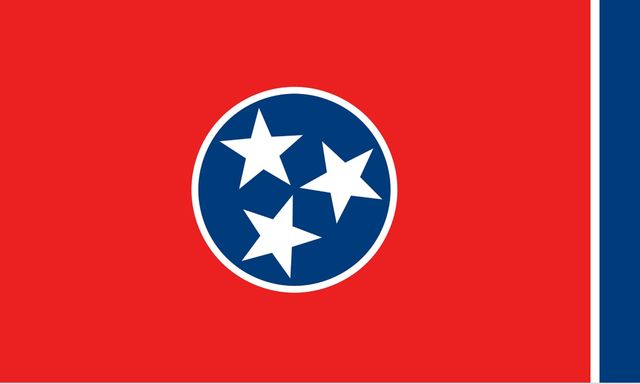 Hold onto your seats—Tennessee lawmakers just made headlines again. But this time, it’s because they decided it's okay for people to take creepy videos of women without their consent. As long as they’re wearing clothes, that is.

Three separate judges, all of whom were men, wrote three separate rulings concluding that it’s okay for people in Tennessee to film women without their consent, just as long as they are in public and fully dressed. The decision comes after a man by the name of David Lambert was convicted of unlawful photography in the state, admitting that he followed women into retail stores and filmed them for sexual gratification. The three judges, D. Kelly Thomas Jr., James Curwood Witt Jr., and Thomas T. Woodall, agreed to toss the conviction despite the fact that the man has a history of public indecency charges.

It appears that many people still do not fully understand the concept of consent, especially this dude who filmed women in Sullivan County, Tennessee, and the three men that excused him for it. The judges came to the decision that nobody has a right to expect privacy in the digital age. “When nearly every person goes about her day with a handheld device capable of taking hundreds of photographs and videos and every public place is equipped with a wide variety of surveillance equipment, it is simply not reasonable to expect that our fully-clothed images will remain totally private,” Judge Thomas stated.

But the story gets even crazier from there. All three judges fully acknowledged the fact that Lambert intentionally took “close-up” pictures of women’s “private areas” as well as “crossed moral boundaries.” They even acknowledged that the women who were violated referred to him as creepy. Yet, they still did not think Lambert's actions on this particular occasion could be considered criminal, despite the fact that he was found to have captured 20 different unsolicited videos of women in dozens of different retail stores in his area.

Too many women can recount experiences they had in retail stores or anywhere out in public, for that matter, that made them feel uncomfortable or flat-out unsafe. The actions of this Sullivan County man feel especially deplorable. One woman reported that he actually followed her out to her car while another two stated they were stalked around a store and a fourth said he even groped her. While a sexual battery charge for what Lambert did to the final woman still stands, because of the three Tennessee Judges, the unlawful photography charges were ultimately dropped. “The (victims were) fully-clothed in full view of any person present in the store,” the panel of judges concluded. “No evidence suggested that (Lambert) attempted to photograph (the victims) underneath (their) clothing. Indeed, a similar image could have been captured by surveillance equipment,” they finally stated. Talk about missing the point.