Details
BY Bethany Allard
IN Feminism
Published: 08 May 2020 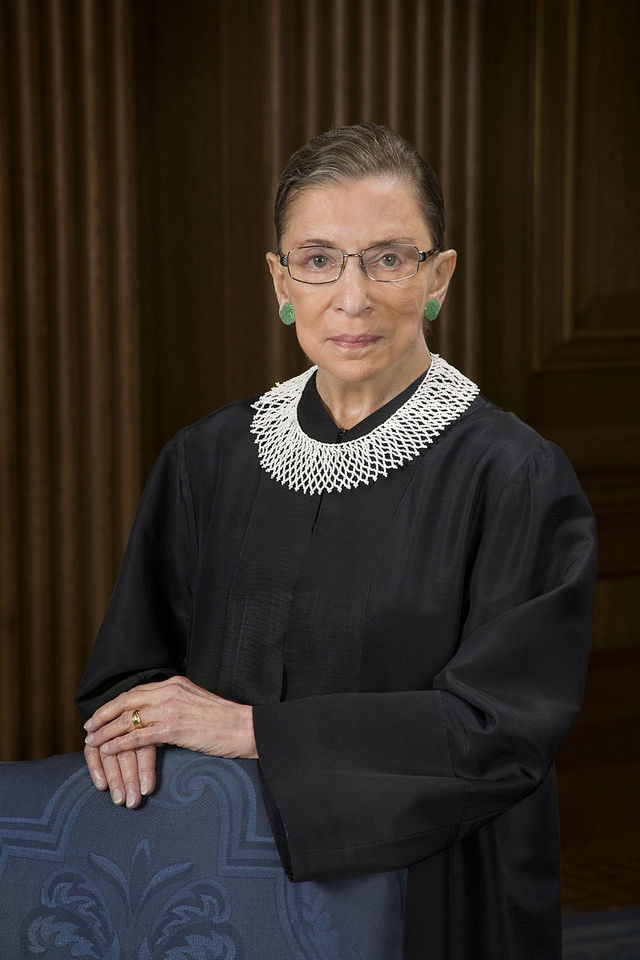 Up to 126,000 women are facing the possibility of losing access to contraceptives because of a Trump administration regulation being debated in the Supreme Court right now. This regulation overturns a procedure from Former President Obama’s Affordable Care Act that currently allows millions of women to access contraceptives for free through their employer-sponsored health insurance, according to ABC News. Because she’s just that metal, Ruth Bader Ginsburg dialed into the hearing from a hospital room in Baltimore, where she was admitted Tuesday following complications with her gallbladder. Complications or not, Ginsburg did what she does best, and spoke some truth against the sexist question that conservatives are somehow still asking: do women have the right to have affordable access to necessary reproductive care?

So, what exactly is happening right now? The Trump administration argues that business owners with religious beliefs have the right to religiously or morally object to paying for contraceptives, even if the business itself is not religiously affiliated, according to The New York Times. The solicitor representing the Trump administration said that women can obtain contraceptives through means other than their employment, but the thing is, if employers stopped paying for contraceptives, people who need them wouldn’t magically find the funds to get them themselves. If employers do not pay, it's likely states would be covering the cost of contraception, a scenario they have not budgeted for, the Times reports.

"This leaves women to hunt for other government programs that might cover them," Ginsburg argued, "which is exactly what Congress didn't want to happen."

The religious argument suggests that only certain groups’ rights matter. For instance, if you’re religious, congratulations, your rights are upheld. If you’re a woman, sorry, you’re out of luck. Ginsburg was quick to point out this hypocrisy. “In this area of religious freedom the major trend is not to give everything to one side and nothing to the other side,” Ginsburg said. “We have had a history of accommodation, of tolerance.”

Listening to #RBG argue for the right to contraception from her hospital bed may be the most inspiring act of feminism I’ve seen in my lifetime. #HandsOffMyBC #SCOTUS #contraception

During the arguments, Brett Kavanaugh said that the issue was difficult because the issue posits the interests of religion against the right for women to have access to health care. “So the question becomes,” he said, “Who decides how to balance those interests?” Unfortunately, Brett, you do, in part. But if I may — was this country not built on the separation of church and state? When I take my birth control in the morning, it in no way affects anyone’s religious liberties. So maybe, in the interest of treating women like human beings, we don’t equate access to basic healthcare, which in no way infringes upon how anyone practices their religion, as equal to protecting religious freedom.

The 2014 ruling in the famous Hobby Lobby case, where the chain argued paying for contraceptives infringed upon religious liberty, was left with a majority opinion that offered an accommodation: if employers did not want to pay for contraceptives, they could request an exemption so the state or insurance company would be responsible for providing funds. But even then, some religious groups argued that passing along the information meant they were complicit in a process they objected to.

As far as this current case, the Supreme Court has yet to issue a ruling. Following Wednesday’s hearing, Ginsburg was discharged from the hospital. The woman is 87 years old. She’s been fighting for women’s rights in the Supreme Court since she was 60 years old. I’m just wondering when the world will catch up, treat women as equals, and let Ginsburg recover in a hospital bed in peace.

How Canada Is Winning In The Essential Procedures Debate