5 Feminist Collectives for Women of Color Mobilizing on the ’Gram

Details
BY BUST Magazine
IN Feminism
Published: 04 May 2020 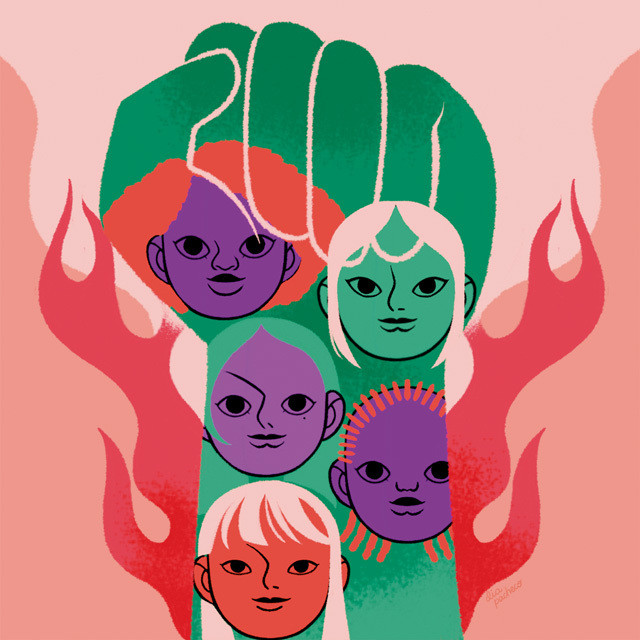 The exclusion of women of color from the feminist movement has been well-documented. But since the rise of “intersectionality” consciousness over the last decade, online feminist movements that center women of color, including #TimesUp, #MeToo, #BringBackOurGirls, #NotYourAsianSidekick, #SolidarityIsForWhiteWomen, and the Women’s March have come to personify the fourth wave while proving WoC can have it out through hashtags and pull up IRL. Following in the footsteps of the Combahee River Collective, that National Black Feminist Organization, the Women of the Young Lords, and the Crunk Feminist Collective, these online intersectional feminist alliances are continuing this important work, reminding us that the movement ain’t dead—it just moved to the web.

Made by and for women, femmes, and gender-nonconforming people of color, this Instagram feed is all about healing, educating, elevating, and liberating the globe. At their annual conference, founders Florcy Romero and Cheyenne Wyzzard-Jones offer workshops, discussions, and trainings in resistance education—“pushing the paradigm of institutional collective learning, be it in schools, organizations, or communities.?

Inspired by Cuban activist/theologian Ada Maria Isasi-Díaz’s “Mujerista Theology,” which itself was inspired by Alice Walker’s explicitly anti-racist “womanism,” this Latina collective is run by five artists, journalists, and educators from St. John’s University. Producing both ’zines and ’zine fests, the Mujeristas Collective is elevating Latinx voices that are often unheard in media and within their own community.

Founded by feminsts who felt excluded and tokenized by the 2017 Women’s March, this collective organizes, politicizes, and talks back. AAFC encompasses the ever-evolving identities of East, Southeast, South Asian, Pacific Islander, multi-ethnic, and diasporic Asian feminism. While boosting visibility for Asian women and girls, AAFC attributes their ability to think and act critically within their community to the previous work of Black feminist thought and feminist movements in developing nations.

A “grassroots intersectional feminist collective by and for womxn of color,? this group focuses on folks from the African, Asian, and Indigenous diasporas and provides a space where WoC can support each other in creative arts, healing, and activism. SDL aligns itself with a political practice that aims to end all forms of oppression and injustice, including environmental destruction, militarism, and state-sponsored violence. They also work to end political corruption and to abolish the prison system.

This Needle-Wielding Queen Is Embroidering Blackness Into The Crafting Conversation