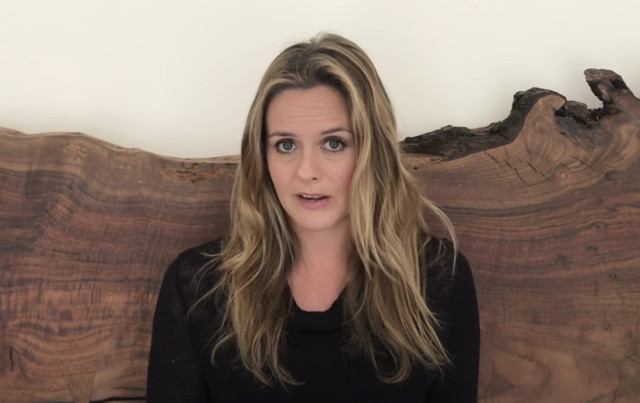 As if you could dispute that Alicia Silverstone achieved instant icon status as Cher in the 1995 classic Clueless. Cher, a lovable, if a tad bit selfish, socialite was cute and charming, and the role catapulted Silverstone to A-list stardom at just 18 years old. But becoming an adult before Hollywood’s prying eyes wasn’t at all glamorous. Silverstone recently spoke to The Guardian about how just two years after Clueless, she faced a barrage of body-shaming after starring as Batgirl in Batman and Robin.

“They would make fun of my body when I was younger,” she told the outlet. “It was hurtful but I knew they were wrong. I wasn’t confused. I knew that it was not right to make fun of someone’s body shape, that doesn’t seem like the right thing to be doing to a human.” The cruel nickname “Fatgirl” permeated throughout the press. While doing press, one interviewer felt emboldened enough to ask Silverstone her bra size.

But the comments started even before she worked on the movie. A New York Daily News article from 1996 followed an appearance of hers at the Oscars, where she presented for best makeup. Despite the strides she was making in Hollywood, which the writer acknowledges right at the top, the piece boiled down to a single line: “But when Silverstone presented an award at Monday's Oscars, the big question was: "Is she all that pretty anymore?”

The piece exemplifies the uncomfortable and downright weird fixation on a young woman’s body and its appeal to men serves as a barometer of her worth. (The writer literally uses the phrase “sexy teenager.” The writer is also an adult man. Literally, wtf.) Ironically enough, the headline of the piece calls the jokes about her weight “cruel,” but then engages in the same sort of mockery. Sure, it could be argued that those that go into show business open themselves up to that kind of scrutiny, particularly during an era where the term “body-shaming” wasn’t, well, used. But no matter the era, it’s high-key appalling the level of shame leveled on Silverstone for committing the atrocious crime of...gaining weight? And this was just one trash article in a sea of trash articles and comments!

The level of toxicity that came with that level of stardom wasn’t something Silverstone had any interest in. In a 2018 profile from Vanity Fair, she spoke directly to how she handled the criticism about her looks following Batman and Robin. “It didn’t make me think, Oh yes, I’m going to try really hard to be [what you think I should be],” she said. “My response was, ‘Hell no.’ I had no interest in being famous or maintaining any kind of fame. If you told me that acting meant I was going to be called fat and have to do things a certain way, then I was like, ‘F off.’”

“I stopped loving acting for a very long time,” she told The Guardian. She also added, “I didn’t say ‘fuck you’ and come out like a warrior but I would just walk away and go, OK I know what that is and I’m done, I’m not going near that again.” Luckily, Silverstone was able to rediscover her love by acting in a David Mamet play. “I hope to be doing theater until I’m dead,” she said.

For those who love seeing Silverstone on the big screen, fret not. These days, she says she’s drawn to “weird movies.” Currently, she’s working on two films and just starred in called Bad Therapy, an indie comedy where her character and her husband see a manipulative therapist. The movie has been released online to adjust for quarantine conditions. Other than movies, Silverstone also is involved with vegan activism, and during this time, donating and boosting resources about how to help with the coronavirus. And one thing that’s certainly not a topic of conversation these days? How she looks.

Header Image: The Kind Life with Alicia Silverstone via YouTube

What We Can Learn From Alicia Keys' Memoir "More Myself"

Tags: alicia silverstone , bodyshaming , hollywood , fat-shaming , movies , actress , celebrity
Support Feminist Media!
During these troubling political times, independent feminist media is more vital than ever. If our bold, uncensored reporting on women’s issues is important to you, please consider making a donation of $5, $25, $50, or whatever you can afford, to protect and sustain BUST.com.
Thanks so much—we can’t spell BUST without U.