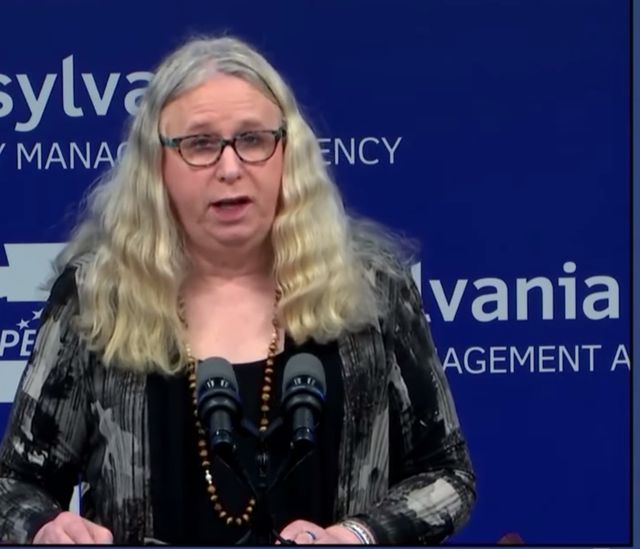 Pennsylvania was one of a few states to be hit head-on by COVID-19 early on here in the United States. So far, the state has seen nearly 30,000 confirmed cases and over 700 deaths. While these numbers are still staggeringly high, Pennsylvania has not seen nearly as many cases and deaths as other Northeastern states that were hit especially hard due to their proximity to New York, the U.S. epicenter of the pandemic: for example, New Jersey has unfortunately logged over 3,000 deaths. And Connecticut, with a population about one third the size of Pennsylvania's, has reported almost 1,000 deaths due to the novel coronavirus. Of course, the virus is unpredictable and there are so many factors to consider when it comes to figuring out how a state will be impacted by COVID-19. But, as we have seen, the people in charge are crucial to how an area can control the spread of the virus. In Pennsylvania, one woman has played a large role in leading the COVID-19 response in such an effective way.

Meet Dr. Rachel Levine, the Pennsylvania Secretary of Health leading the state's response to the COVID-19 pandemic. After having served as the state’s Physician General, Levine now oversees all things public health in the state. A trans woman, Levine has spoken extensively about how medical professionals can better help the LGBTQ+ community, and she has also led efforts against opioid abuse in Pennsylvania.

“My day is busy,” Levine told The Advocate of her role in leading the response. “I get here at 7 and prepare for my day. Our meeting starts at 8, where first I talk with my team for an hour and then I go and speak with the senior staff of the governor's office. And then the senior staff and I and the FEMA director have a meeting and then it goes from there.” Levine is also responsible for speaking at the daily press conferences in which she informs citizens about important news and statistics on COVID-19. Because of this, she has not only become a figurehead in the state’s response to the virus but a calming, reassuring force to look towards for the people of Pennsylvania.

Formerly in pediatrics and adolescent medicine at New York City’s Mount Sinai hospital, Dr. Levine has cited that her main priorities in tackling the pandemic are assuring that medical professionals continue to have the proper PPE to keep themselves and others safe, increasing the amount of hospital beds available to treat COVID-19 patients, and implementing mass testing in areas most affected by the coronavirus, like Philadelphia and Montgomery County.

In an interview with CBS Philly, Dr. Levine stated that she wanted to ensure testing availability for anybody who wanted it. As we have learned, testing is absolutely crucial in tackling the spread of this virus. “Through the mitigation efforts, we're hoping to take off the peak of that surge so that our hospitals and health systems can manage it,” Levine told The Advocate. “We'll know we're coming out the other side when we start to see a decrease in the number of new cases — a sustained decrease in the number of new cases.” As of right now, the state’s stay-at-home order will remain in place until at least April 30th, and the daily increase of new cases remains at or below 10 percent.

When people began to point fingers about who to blame for the spread of Coronavirus—although there is no community to blame—extremist religious groups were quick to judge the LGBTQ+ community. Levine noted that Coronavirus is not a religious issue, but first and foremost a public health issue. She was also sure to note that although her position as Secretary of Health is great for trans visibility, she sees her gender identity as having nothing to do with her leading the virus response and PA public health in general. "I want to be judged upon my work in medicine and in public health and in this difficult time, in my work to help to protect the public health in the face of this global pandemic,” she said.

As the United States continues its fight against COVID-19, Dr. Rachel Levine will remain one of the strong, positive forces during this difficult and uncertain time. "We're all in this together and we have to get past petty differences and prejudices that tend to keep us apart,” Levine said. “I hope that there'll be a light at the end of the tunnel and that the future after COVID-19 is even better.”

As Unemployment Rates Rise, Women Are Hit The Hardest

How Planned Parenthood Is Filling The Sex Education Gaps During Quarantine