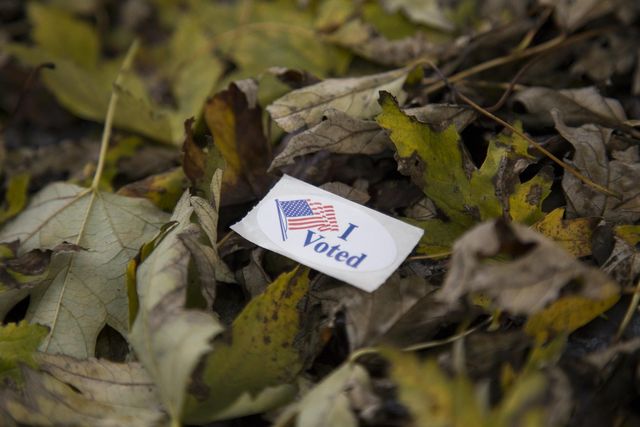 Take a second to google “social distancing coronavirus.” Seriously, do it and then pop back over. Did you see that top result? The one that wasn’t the usual blue Google link, but the World Health Organization announcement, with the hand in the stop sign over the words that says “STAY HOME. SAVE LIVES.” It’s in all caps, you can’t miss it, but apparently, Wisconsin Republicans did, because they fought and won to proceed with in-person voting in today’s primary.

In an effort to keep people indoors, the Democratic governor of Wisconsin, Tony Evers, issued an executive order to suspend in-person voting and extend the deadlines for vote-by-mail ballots. As of April 7, the state’s election commission reported about 865,000 of the absentee ballots had been returned out of about 1.2 ballots that had been issued. A district court initially upheld Evers’ order, but after a series of appeals, the Supreme Court of the United States maintained the original deadline for the absentee ballots in a 5-4 (aka the deadline established before the pandemic and drastic upheaval of society’s norms). The state Supreme Court also ruled in favor of the Republicans, denying the governor’s move to delay the election until June. Surprisingly, by which I mean not at all, both courts have a conservative majority.

In her dissenting opinion for the Supreme Court case, Ruth Bader Ginsberg effectively summarized what these decisions mean for the voters of Wisconsin: “Either they will have to brave the polls, endangering their own and others’ safety. Or they will lose their right to vote, through no fault of their own.” She went on to speak more truth, saying “The Court’s suggestion that the current situation is not ‘substantially different’ from an ‘ordinary election’ boggles the mind.” And RBG articulates some great points, let me just call this as I see it: the Republicans of Wisconsin, and the justices that did nothing to adjust the voting process for a pandemic — yeah, they’re giving the a-okay to straight-up voter suppression.

So what was the official reason Republicans were so hell-bent on holding in-person voting today, the same day New York, Connecticut and New Jersey reported a spike in death rates that totaled over 1,100? For one, they said the governor’s order was an overreach of his authority. Two, they said that while they advocated for people to vote absentee, voters should still have the right to vote in person. “We are proud that Wisconsinites have come together to meet the challenges that this pandemic has created,” the Republican state assembly speaker Robin Vos and senate majority leader Scott Fitzgerald said in a joint statement. As RBG’s comment helpfully points out, these challenges haven’t really been met, leaving Wisconsin citizens with an almost impossible choice.

"You are incredibly safe to go out." - @SpeakerVos, decked out in PPE because that's the kind of thing I always wear when it's incredibly safe outside pic.twitter.com/vm7Y3LBuOT

In a news conference Monday after he signed the executive order to push the election back, Evers explained the reasoning behind his decision. “I have been advised by public health experts at the Department of Health Services that despite the heroic efforts and good work of our local election officials, poll workers, and national guard troops, there is not a sufficiently safe way to administer in-person voting tomorrow," he said, according to CNN.

Other than the presidential primary, Wisconsin residents will be voting on local leaders and justices for the state supreme court, according to The Washington Post. In Milwaukee, only five polls remained open off the original 180, with volunteers mandated to maintain social distancing of six feet apart. Some poll workers are even handing out masks. Many poll workers, are members of the National Guard, as they were called in after volunteers declined to work the polls today, according to CNN.

One voter who was able to participate in an early drive-thru vote on Sunday spoke to the Daily Beast. “Thank God I have a car and I had the time to do that, but for the people that can’t, this paints a bigger picture of the state of our politics,” he said to the outlet. A Democratic leader in Wisconsin was a bit more specific in his quote to the Daily Beast about the impact of this election. "Obviously people are going to get sick, they're going to spread the virus and people are going to die. And that's not right.” he said.

Meet The Real-Life Women Of Hulu's New "Mrs. America," A Series About The ERA

Tags: Wisconsin , election 2020 , primary , vote , presidential election , voter suppression , RBG , ruth bader ginsberg
Support Feminist Media!
During these troubling political times, independent feminist media is more vital than ever. If our bold, uncensored reporting on women’s issues is important to you, please consider making a donation of $5, $25, $50, or whatever you can afford, to protect and sustain BUST.com.
Thanks so much—we can’t spell BUST without U.