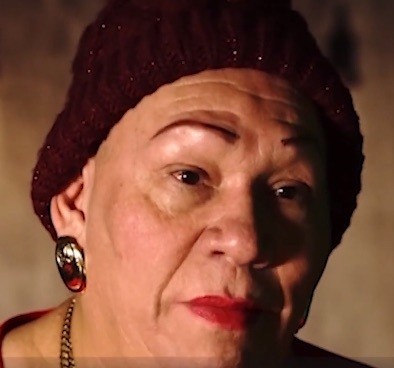 On Monday, March 30, trans activist Lorena Borjas passed away due to complications related to coronavirus. Her passing has left her community shaken but the legacy she has left behind is one that will resonate for all those that looked upon her for guidance and strength.

Borjas was viewed as a pillar in the trans community in Queens. Her particular emphasis on immigration and aiding sex workers came from a deeply personal place. Born in Veracruz, Mexico, Borjas fled home at 17 and lived on the streets of Mexico City. From there, Borjas came to the U.S. from Mexico at the age of 20 after realizing that life in Mexico was not suited for her as she figured out her identity. Once here, she began her transition.

Borjas was undocumented before she was granted amnesty by then-President Ronald Reagan in 1986. The year she became a permanent resident, in 1990, Borjas was unjustly arrested numerous times on charges of prostitution and trafficking. She was the victim of human trafficking and finally escaped from her abuser at the end of the decade. It wouldn’t be until 2017 that she was pardoned by Governor Andrew Cuomo of the charges against her. Borjas shared details of her life in a documentary entitled The Story of Lorena Borjas: The Transgender Latina Activist.

Because of these convictions, Borjas was unable to renew her status as a permanent resident or become a citizen. Nonetheless, she threw herself into activism and focused her attention on bringing about positive change in people’s lives. After having experienced hardships and personal setbacks, Borjas remained adamant about doing whatever she could to improve and uplift the livelihood of those in the Queens Latinx transgender community.

Within Jackson Heights, it wasn’t uncommon to see Borjas literally taking to the streets, exploring her community, and finding and helping people in need. She supplied those around her with the resources they needed to be safe and to protect themselves. She’d hand out condoms and food to anyone that needed them. Borjas even went as far as to establish a weekly HIV testing clinic right within her home.

Borjas would later go on to co-create the Lorena Borjas Community Fund with Chase Strangio, deputy director for transgender justice at the LGBT & HIV Project of the American Civil Liberties Union. Strangio reported to CNN that he and Borjas met one another in 2009. Borjas went from being his client to his partner as the pair set to work doing all they could support transgender Latinx immigrants as they navigated the legal system. The organization’s objective is to assist those in the LGBTQ+ community to cover cost of bail and legal services.

There was no one like Lorena. We really screwed this all up not protecting and saving our beloved heroes. Please know all of this about her. Please remember her. Please fight in her memory. pic.twitter.com/kyQsdtucXF

The outpouring of love and appreciation for Borjas has been rightfully unrelenting. In an interview with TIME, Lynly Egyes, the legal director of the Transgender Law Center, said, “She was an activist, a warrior, a mother to so many.” The virtual vigil held for Borjas had over 200 people in attendance online as people from all over paid their respects to a woman who was instrumental in the lives of countless individuals.

Heartbroken to share that #LorenaBorjas, a prolific trans organizer & Queens activist, passed away from COVID-19.

Lorena championed mutual aid in the LGBT+ community, and her Community Fund was saving lives of queer people & immigrants impacted by COVID:https://t.co/q1X2Fga4WU https://t.co/VbGiYYqPTl

In her interview with CNN, Egyes spoke to the level of commitment held by Borjas, stating, "Lorena has done more than anyone else I know to shine a light on the epidemic of trafficking in transgender communities and to help other trans women escape exploitation."

Borjas was known to tote around a wheelie bag that was home to just about every supply imaginable, ready to be of services to anyone she crossed paths with that needed. Revered as a champion for her people, Borjas’ legacy will not be forgotten among those she touched personally and those who will benefit due to the lasting impact of her actions. Borjas was 60 years old.

Tags: Lorena Borjas , activist , trans activist , LGBTQ+ , human trafficking , COVID-19 , coronavirus
Support Feminist Media!
During these troubling political times, independent feminist media is more vital than ever. If our bold, uncensored reporting on women’s issues is important to you, please consider making a donation of $5, $25, $50, or whatever you can afford, to protect and sustain BUST.com.
Thanks so much—we can’t spell BUST without U.