How France Is Helping Survivors Of Domestic Violence During The Pandemic 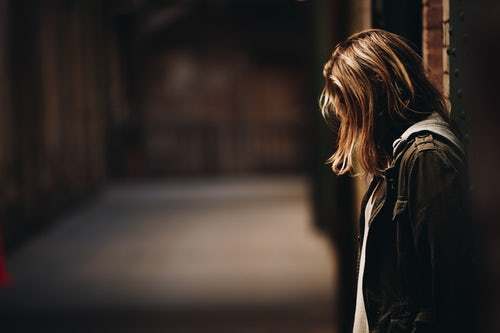 With countries around the world enforcing nationwide lockdowns in an attempt to flatten the curve and limit the spread of this rampant virus, a very dark reality is taking place for millions of families around the world who don't see home as a place of solace, but a personal hell. Cases of domestic violence during this pandemic have risen as are partners stuck inside through this stressful time, living each day in an unsafe environment. Without previous alternatives readily available, given the shutdown of numerous establishments and even the ability to leave home to see friends for a reprieve, countries around the world are seeing a significant spike in reports of domestic abuse. Paris in particular has seen an uptake of 36% since the country issued its lockdown mandate in mid-March.

To offer relief to those in need, the French government has announced that it would be paying for up to 20,000 nights of hotel accommodations for women seeking an escape from their violent partners. The country has also established 20 support centers at shopping locations around the country that women can turn to, thus turning essential places of business into spaces that serve an additional purpose.

The nation’s Gender Equality Minister, Marlene Schiappa, has been vocal all week in solidarity of women throughout the country. In an interview with the French paper La Parisien, Schiappa made it evident that her top priority is making access to resource centers as easy as possible for women given the strict limitations put into effect as of last month.

Countries around the world are aiming to offer safe and structured support to women in this precarious time. France has followed the lead of Spain, doubling down on the role of pharmacies and covertly transforming them into secure outlets women can rely on to disclose their need for help. There, women are able to ask for help by using a discreet code, simply asking for “mask 19.” Within this alert system, pharmacists are instantly tipped off to the fact that the woman standing before them requires police involvement due to circumstances at home.

Already this course of action is proving to be a success. On Sunday, in the city of Nancy in France’s northeastern region, a five-month pregnant woman went into her local pharmacy and reported the abuse she’d experienced at home. While it is reported she didn’t use the code, the fact that she turned to her local pharmacy for assistance proved paramount. The woman shared that her partner had slapped her and threatened her with a knife. This resulted in the first arrest made through this initiative.

In instances of high stress and uncertainty, there is unfortunately always a surge in reported cases of domestic violence against women. Coronavirus is an unprecedented time universally and with that comes the rising unknown of how this will all play and for how long. With these loose ends, many are essentially stuck in limbo and for those in unsafe homes, the unrest can lead to volatile situations that could threaten the well-being of countless women.

When survivors are forced to stay in the home with their abuser, it could be unsafe, especially during a national health concern such as #COVID_19. Here’s what our Advocates have heard from some survivors reaching out –

Tags: COVID-19 , coronavirus , France , pandemic , domestic abuse , domestic violence , mask 19 , safe space
Support Feminist Media!
During these troubling political times, independent feminist media is more vital than ever. If our bold, uncensored reporting on women’s issues is important to you, please consider making a donation of $5, $25, $50, or whatever you can afford, to protect and sustain BUST.com.
Thanks so much—we can’t spell BUST without U.