How Canada Is Winning In The Essential Procedures Debate 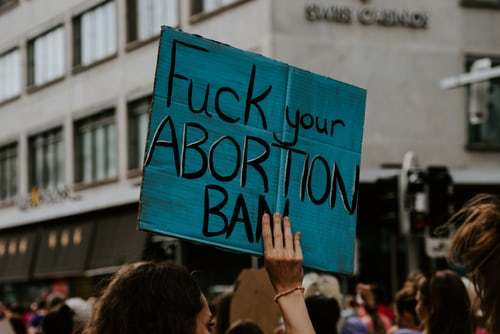 As if we needed another stroke in the tally mark of which country you’d rather live in, America vs. Canada, the Canadian government has declared that abortion access will still be available, deeming it an essential service. In contrast, here in the U.S., Texas and Ohio lawmakers wasted no time in blocking access to abortion services during this pandemic. Last Monday Texas’ Governor Greg Abbott issued the mandate to all health care providers, stating that they should suspend all nonessential surgeries in order to free up space in hospitals statewide as medical professionals focus on treating patients infected with the coronavirus. Texas’ Attorney General had issued a sharp warning to all medical providers within the state last Monday saying that those who disregard the mandate can expect up fines up to a $1,000 or a 180 day stay in jail. Luckily this has been overturned by a federal judge, a turn that—quite frankly—was pretty unexpected given the state’s tough stance against abortion.

Ohio lawmakers staunchly dug their heels in the ground, using this time of panic and alarm to issue limitations. The state’s Attorney General David Yotes called reproductive healthcare “nonessential” and advocated for clinics statewide to halt what viewed as “elective” procedures. Much like in Texas, judges have blocked Yotes’ initiative—as well as Alabama’s.

According to CNN, the ruling judges in Alabama and Ohio argued that by barring access to abortion, women were left with an “undue burden.”

In Canada, limitations of procedures have been put into effect in response to COVID-19 however territories and providences throughout the nation made it clear that access to abortions will continue as regular. In an interview with CTV (Canada’s largest network), a Rolanda Ryan, a Newfoundland and Labrador clinic owner made plainly just necessary this sort of access is now, as it has always been. “People who want an abortion will put their lives on the line to get one, and you want to make sure that if it's being done, it's being done safely.”

CTV contacted officials in each territory and providence to verify that women in need of treatment would still be able to have these procedures done and was met with a resounding confirmation from all that there weren’t any plans to bar abortion access to those who requested it, stating that this was in fact an essential medical procedure.

This is a far cry from some states in the U.S. who are using these precarious times to boldly push their pro-life agendas which—had it not been for federal judges in these three states— would have forced women into scenarios they wouldn’t have been able to safely combat. This isn’t the first time that Republican officials in the United States have tried to take advantage of the pandemic to fuel their position. Deliberations over the stimulus package were delayed due to Republicans attempting to squeeze anti-abortion stipulations into the bill.

With any luck the United States will follow the lead of its neighbors up north and realize that reproductive rights are in fact essential, perhaps now more than ever. As of March 31st, Canada has 7,448 confirmed cases of coronavirus. The U.S. reached a grim milestone, surpassing every other nation to have the highest count of cases. As of March 30th, there are 140,904 known cases, according to the CDC, and have been 2,405 deaths.