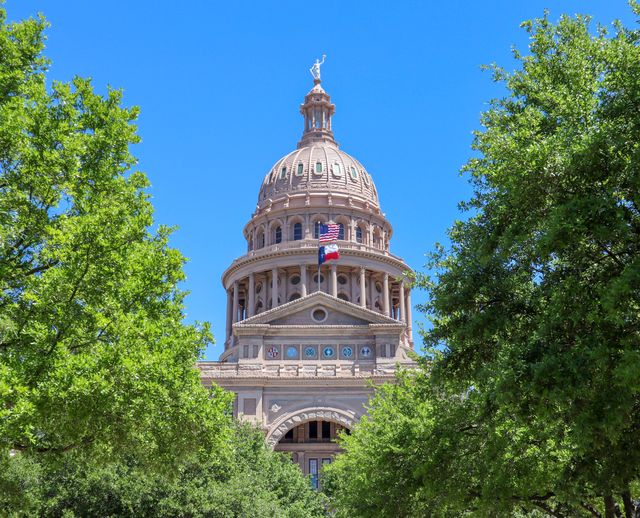 Ken Paxton really tried it. By it, I mean that the Texas attorney general interpreted a state-wide ban on non-essential procedures to include abortion in an effort to combat coronavirus. A federal judge ruled Monday that Texas officials actually couldn’t use a health crisis and this ban to push their anti-abortion politics, overruling the attorney general’s interpretation.

Planned Parenthood, along with other women’s health groups in Texas, filed suit against the Texas governor and Paxton and other state officials right after the ban was announced a week ago. The ban would have halted any abortion “that is not medically necessary to preserve the life or health of the mother.” The judge’s ruling on this case is only temporary, lasting through April 13, while the procedure ban lasts through April 21. However, a hearing has been set for a more permanent ruling on April 13.

“The attorney general's interpretation of the Executive Order prevents Texas women from exercising what the Supreme Court has declared is their fundamental constitutional right to terminate a pregnancy before a fetus is viable,” Judge Lee Yeakel said in his decision, according to The Texas Tribune.

In a statement released Monday, the acting president and CEO of Planned Parenthood, Alexis McGill Johnson, pointed out why this decision, and its quick turn-around, were so crucial.

“Abortion is an essential, time-sensitive medical service that cannot be delayed,” the statement reads. “To politicians and anti-abortion groups exploiting a global pandemic to score political points, heed our warning: We will not let you put the health of our patients, and the community, at risk.”

BREAKING: Patients seeking an abortion in Texas can get the essential and time-sensitive care they need, for now. We will continue to work day by day, week by week to safeguard the ability of our patients and community to access essential health care — no matter what.

Before the ban was even announced in Texas, The American College of Obstetricians and Gynecologists put out a statement that recommended abortions not be included in any bans of non-essential medical procedures, due to the time-nature of the procedure that can render it inaccessible, as well as the way not having access can “profoundly impact a person’s life, health, and well-being.”

Paxton filed for an appellate review Monday evening, as he believes abortion clinics are taking up materials that could be used by medical professionals fighting the coronavirus. “Abortion providers who refuse to follow state law are demonstrating a clear disregard for Texans suffering from this medical crisis. For years, abortion has been touted as a ‘choice’ by the same groups now attempting to claim that it is an essential procedure,” Paxton’s statement reads.

I just need a second to unpack this man’s warped understanding of what it means to be pro-choice. He seems to think that with this oh-so-clever statement, that he’s revealed some massive hole in the “touted” pro-choice logic. So yes, Paxton, you’re right, not every woman who gets pregnant needs to have an abortion, or not have an abortion. That is the definition of a choice. But let’s not equate the choice of getting an abortion to say, the choice of getting a haircut. The choice to get an abortion, not that the logic behind it is any of this man’s business, is because a woman does not want to be a mother to a child at that time. Maybe this is because she does not have the familial support, access to supplies, or the financial stability, circumstances which are, say it with me, all exacerbated by a global pandemic!

Also, as a side note: Paxton has a pretty consistent anti-abortion past. As in, reporting from The Texas Tribune last year shows that he tried to extend the power of his office to prosecute abortion-related crimes, despite claims from local law enforcement that these crimes didn’t really exist to prosecute. Interesting, isn’t it, that failure to comply with this attempted abortion-ban during the pandemic could have resulted in penalties of up to $1000 or 180 days in jail.

Abortion restrictions as a result of COVID-19 were also overturned in Ohio and Alabama, according to POLITICO. I’m gathering that as a general rule of thumb, it’s a good idea not to use a global health crisis as an opportune moment to take away women's rights. Let’s hope that any other states thinking about trying it recognize that, too.

Tags: abortion , pro-choice , abortion rights , Texas , women's rights , COVID-19
Support Feminist Media!
During these troubling political times, independent feminist media is more vital than ever. If our bold, uncensored reporting on women’s issues is important to you, please consider making a donation of $5, $25, $50, or whatever you can afford, to protect and sustain BUST.com.
Thanks so much—we can’t spell BUST without U.