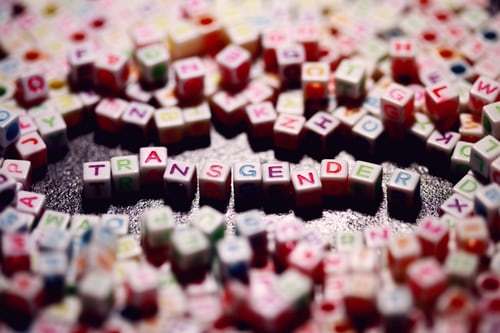 As the month of March comes to a close, we celebrate a day that symbolizes a new beginning for thousands around the world. International Trans Visibility Day honors the lives of transgender and nonbinary people for their remarkable bravery in living in their truth. It also raises awareness on the societal issues and discrimination they endure.

Trans and gender nonconforming individuals are at the heart of the LGBTQ+ movement. After all, where would the community be, had it not been for Marsha P. Johnson and Sylvia Rivera at the historic Stonewall riot of 1969? It is because of their sacrifice and outspokenness that the LGBTQ+ movement has managed to make great strides over the last few decades. Of course, we haven’t achieved the level of equality necessary to be on even ground with straight and/or cis counterparts but the wheels were set in motion by two trans women of color—a fact we would all do well to remember.

Organizations such as the Human Rights Campaign have been advocating for the rights of transgender and gender nonconforming individuals, offering resources that help to make day to day life easier while also shedding light on the disparities they face as they fight for the level of equality they rightfully deserve. From workplace discrimination to access to proper healthcare, our transgender and gender nonconforming communities have been at a disadvantage in extremely fundamental ways.

Through initiatives like Trans Visibility Day, the unique plight of these communities is called to the forefront, serving as a well-needed reminder that there are groups of people in this world who have been confined to the margins for far too long.

Social media has become a clear platform for people around the world to connect and share their experiences to a wide audience. Trending on Twitter today, #TransDayofVisibility is flooded with heartwarming tales as users offer their personal accounts and journeys to self-acceptance.

From TV shows to government officials, the show of solidarity and representation through the hashtag speaks to the importance of such a day.

Today we celebrate our vibrant and courageous community. #TransDayOfVisibility pic.twitter.com/uyf2Fxlxox

Arguably one of the most progressive and representative shows on television, FX's Pose has graced us authentic depictions of life in NYC during the 80s and early 90s educating the mainstream on everything from ballroom culture to the effects of the AIDS epidemic in its early days. Pose made history for featuring the most transgender actresses in leading roles in television, MJ Rodriguez, Angelica Ross, and Indya Moore into household names.

Today we celebrate the joy, vibrancy, and resilience of our transgender community and commit to affirming true equality for trans and nonbinary people everywhere. Happy #TransDayOfVisibility to our trans fam in #MA7 and around the world! pic.twitter.com/6OVRE5r4X8

Happy #TransDayOfVisibility
Felix Ever After dedication:

"For trans and nonbinary youth: You're beautiful. You're important. You're valid. You're perfect."

Today’s my 1st #TransDayofVisibility as an out enby.

It only took writing 4 books abt trans & nb characters to figure out I was kinda writing abt me.