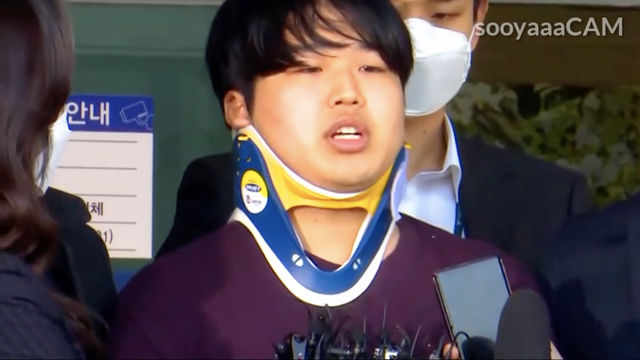 Some of the girls were active on apps like Twitter and engaged in prostitution and sexting for money. They were contacted by chatroom operators and promised escort or modeling jobs. Once they were directed to a Telegram account, the operator hacked personal details and then blackmailed them with that info. At least 74 people, including 16 underage girls, were exploited in the process. Some 10,000 people used the chatrooms and some even paid up to $1,200 for access.

What the offenders did to the victims was so disgusting that it cannot be fully described without feeling sick to your stomach. Some victims were forced to have sexual acts between siblings and insert worms into their vagina. Offenders raped kids between 6 months to preteen girls.

Once South Korean police got wind of these offenses, they were able to track down and arrest a major operator of the chat room that called himself “The Doctor.” Angry that the offender’s name and face had not been revealed, which happens in a lot of sex crimes cases, 5 million people signed a petition urging the police to reveal his identity. A police committee took the unusual step of naming Cho Ju-bin, 24, and showing his face.

124 suspects had been arrested—with 18 chat room operators in custody according to The National Police Agency. A user called “GodGod” who is considered the first person to create the chat room, remains at large.

"I apologise to those who were hurt by me. Thank you for putting a brake on the life of a devil that could not be stopped." Cho said outside of a Seoul police station on Wednesday. He has been charged with abuse, threats and coercion, and violating the child protection act, the privacy act and the sexual abuse act.

Women in South Korea have time and time again spoken out about the inadequacies in the justice system because of their lack of just punishment for sex crimes.

This case is very similar to another sex crime case in South Korea where it was revealed that numereous cameras of women were being hacked in compromising positions, like public toilets and changing rooms. Massive protests took place over several weeks because of the lack of action over the unlawful videos posted online.

According to a spokesman, President Moon Jae-in viewed the chat rooms as a "cruel act that destroyed lives". The spokesman added. "The fact that more than three million people signed the petition...is a serious plea to the government from the people, especially women, requesting a stop to such malicious digital sex crimes."

“Digital sexual violence is a serious crime that can destroy a person’s life. But due to our lack of punishment and response, we failed to stand by the victims,” the Justice Ministry said in a statement, apologizing to the victims. They vowed to raise the maximum jail sentence for digital sex crimes and are also considering treating the “nth chat room” members as an organized crime ring for the indictment.

Protests are already occurring at a large scale, urging for action and change in the justice system and society. But will these changes go far enough in a country where being drunk is a defence for rape? These protests and general outrage should be seen as a warning to the administration that women in South Korea are watching closely and are tired of waiting for change.

Header image of Cho Ju-bin, one of the operators of Nth Room courtesy of YouTube.