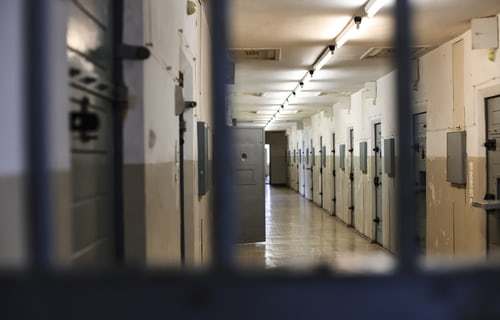 As people from coast to coast grapple with the new reality of life on lockdown thanks to an global pandemic, the question remains of how to help those who are actually imprisoned. Senator Elizabeth Warren and Representative Ayanna Pressley are taking up the mantle in a letter, calling on President Trump to minimize the federal prison population in order to lessen the spread of COVID-19 and the potential death of countless people who are currently imprisoned.

All too often people in this nation’s prison systems are forgotten or overlooked but now, more than ever, we need to be cognizant of the dangers older inmates face in such living conditions. As it stands, there are roughly 125,000 prisoners who fall under the umbrella of the high-risk age group of over the age of 55. Within this number, more than 26,000 are over the age of 65.

America has more prisoners per capita than any other nation in the world with 2.3 million people incarcerated. Inmates are not able to practice self-isolation or social distancing like others are currently doing in the country, leaving them and the faculty facilitators in something of a ticking time bomb. This dynamic sets up what Congresswoman Pressley described to Boston Public Radio as, “a petri dish, an ecosystem that would support the growth of a pandemic because of overcrowding and because of often a lack of access to regular showers [and] soap.”

With such enclosed, cramped quarters, the spread of a virus is not just inevitable but could be catastrophic. Access to the kinds of preventative measures such as proper hygiene and sanitization is extremely limited in such a setting, where a product like hand sanitizer isn’t even allowed to prisoners because alcohol isn’t permitted in prisons.

In their letter to Trump, the two Massachusetts officials highlight the impact COVID-19 has already had on those within the system, citing two Federal Bureau of Prisoner staffers who have already contracted the disease and 34 incarcerated people and staff who have been quarantined after an GEO Group Inc. employee tested positive for coronavirus. Warren and Pressley highlighted the fact that various people who work within these facilities from vendors to guards to faculty could be potentially endangering their families and communities when they return home from their shifts if they’ve been in contact with a prisoner who contracted the virus.

BREAKING: In a letter to President Trump, Rep. Ayanna Pressley and Sen. Elizabeth Warren outline a plan for urgent executive action to reduce the federal prison population in light of COVID-19. https://t.co/UhjjihDv88 pic.twitter.com/hhYL10TtOE

Pressley and Warren are urging Trump to use his power of executive clemency – the power of a President in federal criminal cases, and the Governor in state convictions, to pardon a person convicted of a crime, commute the sentence (shorten it, often to time already served)— to commute sentences of elderly individuals and medically compromised individuals who pose no current or substantial safety risk. They are also asking that Trump create cohesive procedures to release people who haven’t been convicted of any crime and are awaiting trial in prison or jail. Within this last provision, Warren and Pressley are also calling on Trump to use his power of clemency to commute the sentences of those who have a year or less remaining on their sentences if they do not pose any threat of repeat offending.

The United States has been able to see the effects of COVID-19 in other nations hasn’t heeded any of the glaring warning signs. It is Warren and Pressley’s hope that the U.S. will avoid running into the same problems countries like China had. There, the novel virus spread rapidly through five prisons in three provinces. Subsequently, over 500 new cases arose. In Italy, more than 800 facilities have confirmed cases of infections. Riots broke out at different facilities there after Italian officials announced they’d be suspending or limiting family visits for more than 24 prison due to concerns over the spread of coronavirus.

In Iran, 54,000 inmates were temporarily let out in order to mitigate the spread of the disease in a country that currently has over 23,000 cases of confirmed victims.

In the letter, Pressley and Warren made it clear that they would like for the president, in executing his power of clemency, to assist in setting the tone of local and state officials in understanding how they can save lives and fight against the spread. The letter concludes with the poignant yet chilling statement that, “For millions of incarcerated people, COVID-19 should not be a death sentence.”