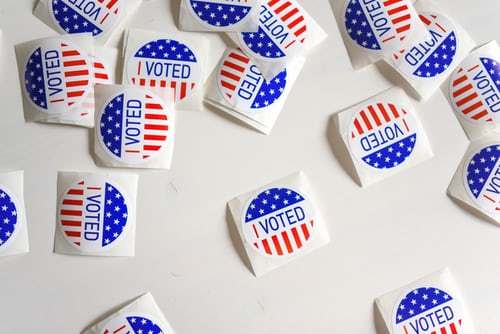 After eight terms as Illinois’ congressman, Dan Lipinski has been unseated by progressive businesswoman Marie Newman.

Lipinski’s viewpoints mirror those of most Republicans. He is known for his track record of opposing abortion and same-sex marriage and voting against the Affordable Care Act and DREAM Act back in 2010. Lipinski also opposed raising the minimum wage to $15, and didn’t endorse Obama’s reelection.

Lipinski followed in the footsteps of his father William, taking over the position his father held since 1983 back in 2005. Two years ago, Newman came within 2,200 votes of Lipinski. As a result of that near-miss, Newman buckled down and initiated an aggressive campaign in order to be ready for this year’s rematch. This victory ends a nearly 40-year-long run of Lipinskis in this seat.

Newman’s triumph over Lipinski marks a clear win for the more progressive side of the Democratic party. In a tweet posted the night of her successful bid, Newman said, “I am bursting with pride and gratitude for the amazing coalition that helped bring about much needed change in our district. We are going to work together to lower health care costs, to fight climate change, and to build an economy that works for everyone.”

Newman has been backed by several organizations and earned endorsements early on from progressive politicians such as Senator Bernie Sanders and Representative Alexandria Ocasio-Cortez and the Justice Democrats.

With Bernie Sanders’ campaign to win the Democratic presidential nomination not surging in the polls as progressives would have hoped for and 26-year-old immigration lawyer Jessica Cisneros losing to moderate Democrat Rep. Henry Cuellar—who shares similar philosophies with Lipinski on abortion, and is pro-guns—in Texas, the rise of the leftist movement within the Democratic party seemed to be losing traction. However, given Newman’s win, there’s still hope that serious progressive change is still possible. Newman is now on track to win her general election in November and become a member of Congress in 2021. If she does go down this path, she will have moved the needle on making the Democratic party one that supports abortion rights entirely.

With a campaign centered around emphasizing her policy positions on making health care affordable and reducing gun violence, Newman was able to successfully highlight her opponent’s shortcomings. Newman standing in sharp contrast to Lipinski helped her to earn the backing of EMILY’s List, an organization that works to get female Democratic candidates who support abortion rights into office, and NARAL Pro-Choice America, an advocacy group that has been challenging abortion restrictions and fighting for easier access to treatment since 1969.

Elated by the news of her win, some familiar progressive figures took to Twitter to share their congratulations to Newman, including AOC and Senator Elizabeth Warren.

One bright spot: despite powerful attempts in DC to protect an anti-LGBT+, anti-choice Dem in a safe blue seat, powerful progressive @Marie4Congress won the #IL03 primary!

Congratulations, Marie. You & every organizer worked so hard to make this happen.

Congrats to @Marie4Congress on winning her primary election in #IL03! This isn’t a moment to back down—it’s the time to fight back. And Illinois families are getting the unwavering champion they deserve.

Newman will now be up against Republican Mike Fricilone who is described as a fiscally conservative candidate. The district has typically leaned toward the left which many speculate would make his bid against Newman a tough feat.

A supporter of Medicare for All and the Green New Deal, Newman also earned support from the Sunrise Movement, an advocacy group run primarily by young people who push for political action against climate change. Notably, this endorses Bernie Sanders as well.

Before turning to politics, Newman was a marketing and advertising executive. After her son was bullied in school, she created an anti-bullying nonprofit in Chicago, partnering with Sears. From there she went on to become Illinois’ state spokesperson for Moms Demand Action. In 2018, she turned her sights to the world of politics and challenged Lipinski on matters of immigration and reproductive rights, losing by two points. Though her first attempt wasn’t successful, this time, Newman was able to band together a stronger coalition — and secure her the seat.

Tags: Marie Newman , Dan Lipinski , progressive , liberal , politics
Support Feminist Media!
During these troubling political times, independent feminist media is more vital than ever. If our bold, uncensored reporting on women’s issues is important to you, please consider making a donation of $5, $25, $50, or whatever you can afford, to protect and sustain BUST.com.
Thanks so much—we can’t spell BUST without U.