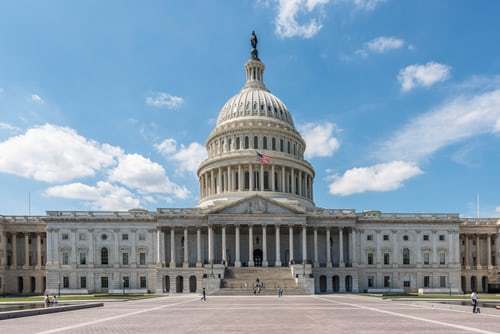 With the steady spread of COVID-19 throughout the United States, government officials are scrambling to create a bill that will help to alleviate difficulties many in the country are already experiencing and the uneasy road that still lays ahead. Now should be the time of rational, bipartisan thinking but Republican lawmakers are now capitalizing on the pandemic here in the States to sneak anti-abortion rhetoric into policies that coincide with the bill, aiming to include the Hyde Amendment as part of the package.

The Hyde Amendment, founded in 1976, prohibits federal Medicaid funding for abortion services. The amendment—which passed three years after the historic Roe v. Wade case— heavily impacts a woman’s ability to get an abortion in virtually any circumstance apart from when continuing with pregnancy puts the patient’s life at risk or when the pregnancy is the outcome of rape or incest. Such measures prevent millions from having the right or ability to choose what’s best for them.

If you’re wondering why or how a package aimed at coronavirus relief has become a point of contention over abortion, some Republicans felt the House bill had a provision that would call for the government to pay back private laboratories conducting coronavirus testing that could led to overturning the Hyde Amendment, effectively setting up a government funding stream that isn’t subject to restrictions. To counter this, pro-life lawmakers became adamant about not losing any ground on the 44-year old amendment.

The proposed House Democratic Bill would provide much needed relief to countless Americans by offering paid sick leave and free virus testing among other plans that are desperately needed as the number of confirmed cases rise more and more each day.

Senate Majority Leader Mitch McConnell stated last week that deliberation would spill into this week as he believes House Speaker Nancy Pelosi was turning this matter into an ideological wish list.

This isn’t the first time Republicans have tried to weasel in their anti-abortion stance into legislation that had absolutely nothing to do with that subject. Back in 2017 with Trump’s tax plan, they tried to make it possible for fetuses to have saving accounts, remaining adamant in their stance that fetuses were unborn children—the term defined as any child in utero.

The Republican party’s preoccupation with erasing a woman’s right to choose is a longstanding, divisive  characteristic that shouldn’t derail or interfere with the coronavirus package that could save millions and help to flatten the curve—a highly recommended push by the CDC to mitigate the amount of new cases springing up around the country as a means of not overwhelming hospitals. The fact that there’s a literal pandemic taking place and Republicans are using the health and safety of constituents as a bargaining chip in their personal vendetta over abortion is appalling.