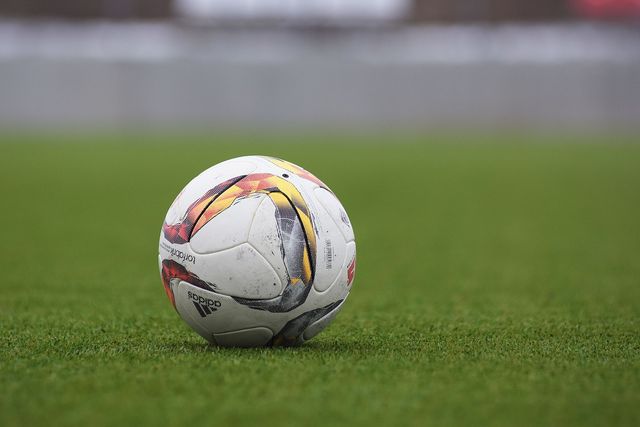 The U.S. women’s soccer team has long made it known that they’re not cool with the pay inequality. Last year, the team filed a lawsuit against the U.S. Soccer Federation (USSF) for gender discrimination, and after winning the FIFA World Cup, used their platform to talk about unequal pay. You might think that, with all the attention on this blatant disparity, the USSF would step up, but nope! In fact, in preparation for the upcoming trial starting in May, the USSF defense team submitted court documents that said the men’s soccer team has greater skill and a more demanding job, hence the higher pay.

Let me reiterate: these lawyers filed legal documents that argued the USSF is not discriminating against the women's team because of the “materially higher level of speed and strength required to perform the job of an [men’s national team] player.” That comes straight from the court document. And don’t worry, the lawyers go on to say, this isn’t sexist to say the men are physically stronger! It’s just “indisputable ‘science." Well, tickle me convinced!

And wait, there’s more. The documents also say that “the job of the [men’s national team] player carries more responsibility.” Why, you may ask? Well, they play more tournaments that award prize money and their games get more views (excluding the matches from the Women’s World Cup). Never mind the fact that the women’s team won its fourth World Cup last year, when the men didn’t qualify (BTW, it was their fifth time making the finals out of the eight times the tournament has been held). Never mind that the U.S. men’s team has come out in support of the women’s team. Never mind that the women’s games generate more revenue than the men’s. Never mind that the lack of prize money offered to women points to the same problem this lawsuit does: that women athletes are not treated equally. I could keep going, but I think you get the picture.

The president for the U.S. Soccer Federation, Carlos Cordeiro, issued an apology about the documents while the USWNT played the final game in the SheBelieves Cup.

“On behalf of U.S. Soccer, I sincerely apologize for the offense and pain caused by language in this week's court filing, which did not reflect the values of our Federation or our tremendous admiration of our Women's National Team," his statement read. "Our WNT players are incredibly talented and work tirelessly, as they have demonstrated time and again from their Olympic Gold medals to their World Cup titles."

Before the game’s start, the team wore their warm-up jerseys inside out for the national anthem and team photos. While the choice hid the U.S. Soccer logo, the four white stars representing their four World Cup wins remained visible against the dark blue jerseys. They went on to win their game and the cup.

This: “It is the great honor of my life to play this sport and represent this country. Every woman deserves equal pay and every institution anywhere that doesn’t value women as much as men must change now.” @christenpress ?????

Despite the apology, some are calling for Cordeiro’s resignation.

“That apology rings hollow since it only came after the federation had received stinging rebukes in the Wall Street Journal and Buzzfeed News from its own sponsors, including Visa, Budweiser, Deloitte and Coca-Cola,” wrote Grant Wahl, a soccer journalist for Sports Illustrated.

“That wasn’t for us,” she said at a press conference following the game. “That was for the fans, that’s for the media, that was for sponsors because that all sounded pretty similar to what we had heard before. You want to talk about hostility? Every negotiation that we have, there’s undertones that we’re lesser.”

Rapinoe on US Soccer prez Carlos Cordeiro’s apology, released near the end of the #USWNT’s win over Japan in the #SheBelievesCup:

“We don’t buy it....That wasn’t for us. That was for fans, media, sponsors...every negotiation, those undertones are there, that we’re lesser.” pic.twitter.com/zsuNiF28M5

After initially filing their lawsuit last year, the women’s team and USSF did meet up for negotiations but did not reach a formal agreement. Sponsors like Coca-Cola, Budweiser and Visa called for meetings with the USSF after the court documents were filed, according to BuzzFeed News. Whether or not anything comes of these meetings, player Carli Lloyd pointed out what the issue boils down to when she spoke to NBC News after Wednesday’s game.

Women Are More At Risk For Concussions But Are Being Overlooked