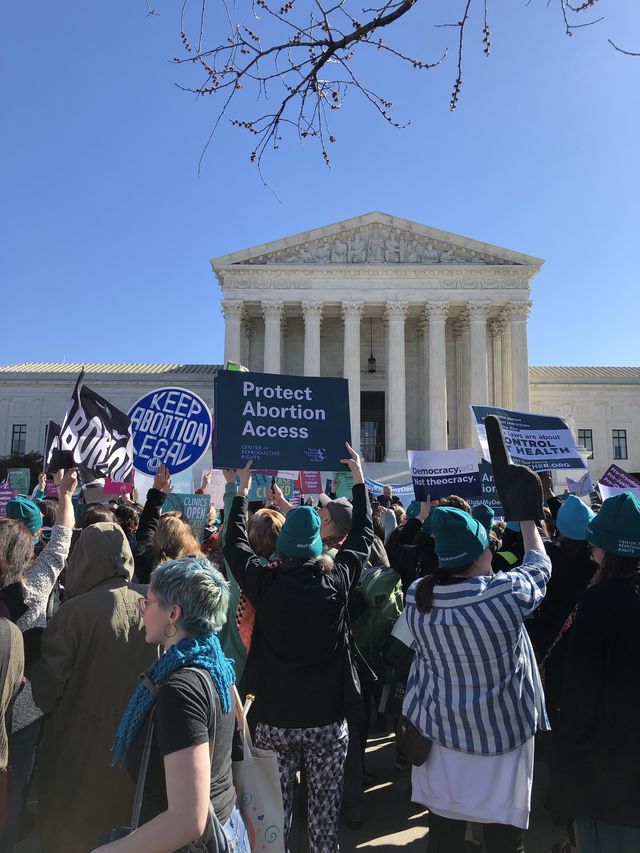 Today, March 4th, 2020, marks the day the first major abortion case will be heard by the conservative majority Supreme Court. For many reproductive rights supports, it is a moment we have all awaited anxiously not only for the past few days since the case was announced, but since right-wing justices like Neil Gorsuch the notoriously pro-life Brett Kavanaugh were elected. 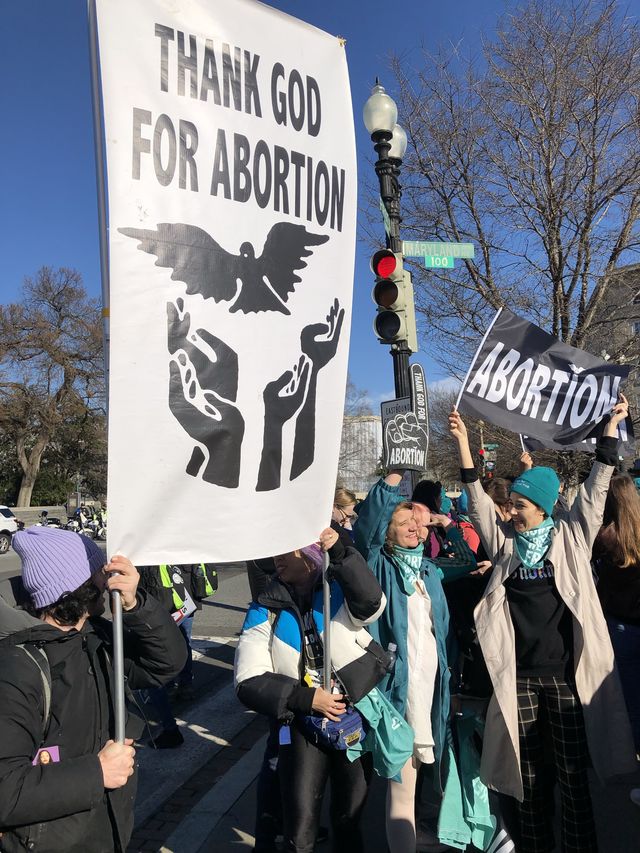 This morning, hundreds of women and reproductive rights supporters from various groups gathered outside the Supreme Court in Washington D.C. to support The Center For Reproductive Rights as they bring the case of June Medical Center vs Russo to the Supreme Court. Essentially, the case refers to a bill in the state of Louisianna that would require doctors to have admitting privleges to hospitals if they are going to carry out abortions. Experts on reproductive healthcare laws worry that if this case is not struck down by the Supreme Court, it will not only make it more difficult for women in LA to get abortion services, but will give dozens of other states the greenlight to create similar bills and eventually lead to attacks on Roe v. Wade at both the state and federal level. 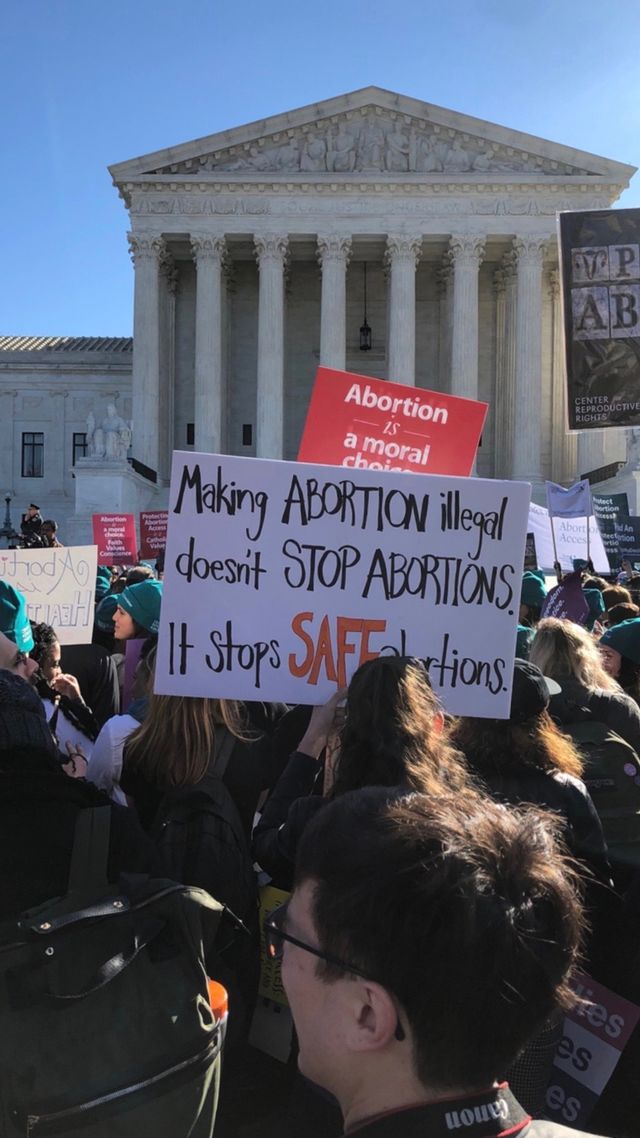 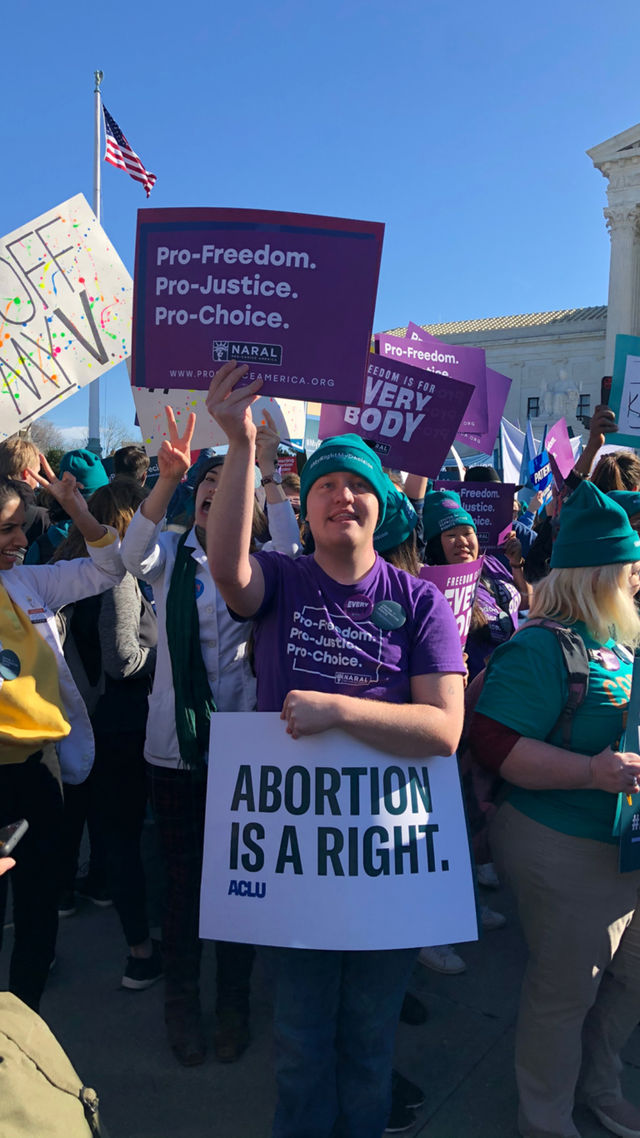 With signs like “Keep Abortion Legal,” “Making Abortion Illegal Doesn’t Stop Abortions, It Stops SAFE Abortions,” and “Keep Our Clinics,” the sea of turquois (the color of The Center For Reproductive Rights) showed that women and pro-choice supporters will not go down without a fight. One sign even read, “They can fill the court with hacks. They can sneer at precedent. But they will never take away our basic human right to decide our own futures.” 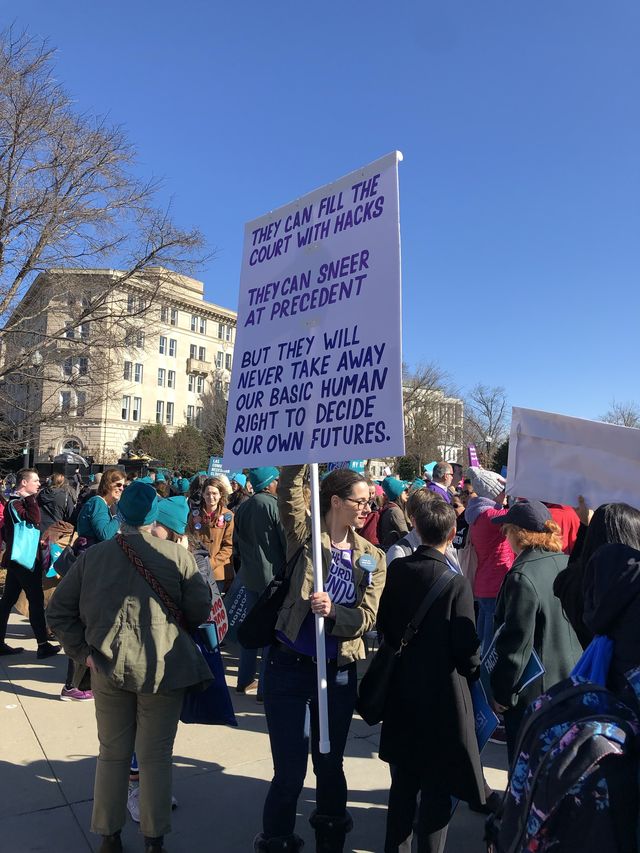 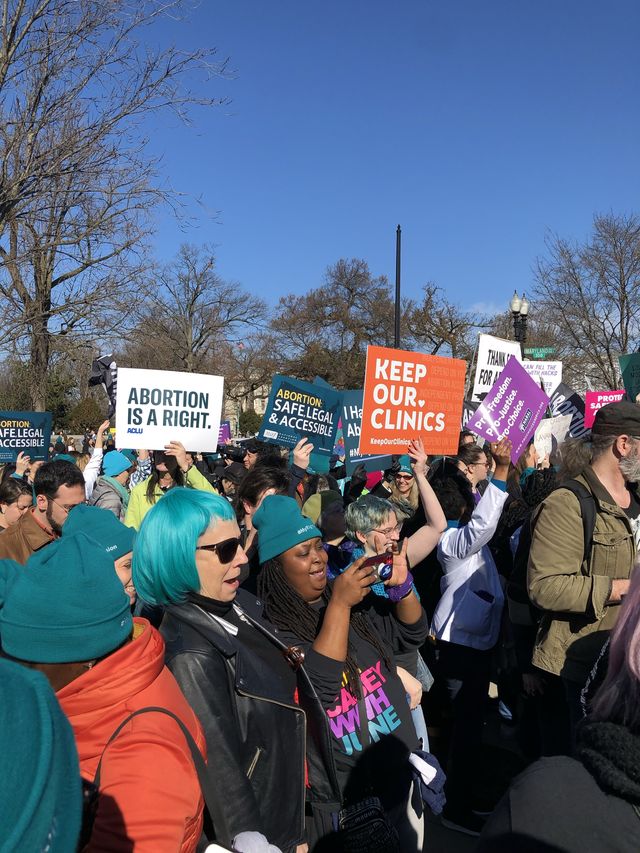 As well as the hundreds of protestors, there were many speakers in attendance. Amelia Bonow from Shout Your Abortion took to the podium earlier this morning. In the video, you can hear her saying “To the republicans and members of the anti-abortion movement. To the people who oppose abortion, who have had abortion, who will need them in the future, I want you to know: We are fighting for you too.”

Ayanna Pressley also made a speech at the rally. “We are out outrages because this is outrageous,” the Massachusetts state representative stated. “When women’s bodies are more regulated than guns, this is outrageous.”

While the case is heard inside, protestors will continue to gather outside the court in support of The Center for Reproductive Rights and in opposition of the conservatice justices. A decision on the case, however, will not be instantaneous. Whatever the Supreme Court decides will likley not be made public until late spring or early summer. Until then, we have to wait. The fight for reproductive rights has been decades long. Since the beginning of the Trump Administration, the cries and calls for equality from feminists and reproductive health supporters have been even louder. The fight is not over, and the folks who gathered in front of the Supreme Court this morning along with organizations like The Center For Reproductive Rights and Shout Your Abortion and lawmakers like Ayanna Pressley prove that when we stand together, our voices can be better heard.

Photography and Video by Emily Nokes

Trump Attended The March For Life Rally. What Does This Mean For The Pro-Choice Movement?