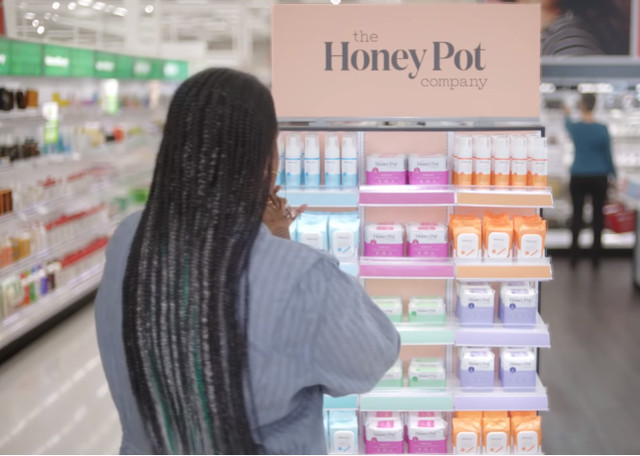 Collectively, I think we can agree that this year’s Black History Month was less than stellar. As we transition into Women’s History Month, the cross section of being Black and a woman in America is being tested. For entrepreneur Beatrice Dixon, creator of The Honey Pot, a plant-based feminine care company sold in Target, among other retailers, a typical Monday became an online firestorm.

As part of its Founders We Believe In campaign, Target spotlighted Dixon to showcase her company as she talked about the impact Target had on getting her business into the public eye and assisting in production. The thirty second ad seemed, however, to hit a nerve for many white women online who turned to trustpilot.com to spam Honey Pot with vicious, racist reviews after Dixon, toward the end of the ad, stated “the reason why it’s so important for Honey Pot to do well is so that the next Black girl that comes up with a great idea, she can have a better opportunity. That means a lot to me.”

For some reason her comment was met with hostile furor by some white women who felt there was no reason for Dixon to mention anything about race despite the fact that this ad played during Black History Month. This, in and of itself, is a troubling hot take. Why shouldn’t a Black woman express her hopes that others within her community should have a smoother transition than she did? The sad reality is that Black businesswomen historically have a more difficult time getting to this level of recognition and success.

Let’s look at the numbers:

The study goes on to note that four million new jobs and $987 billion in revenue would be added to the economy if average revenue of minority women-owned firms matched that of their white counterparts.

The great irony is that The Honey Pot's marketing is extremely inclusive. The language used both on the site and the actual products make it clear that they recognize that not only cisgender women get periods.

In a statement to NBC News on Monday, Target said, “We’re proud to work with Bea Dixon and The Honey Pot team to highlight Bea’s journey to build her brand and bring her products to Target," the statement said. "We’re aware of some negative comments about the campaign, which aren’t in line with the overwhelmingly positive feedback we’ve received from guests who love and have been inspired by Bea’s story."

After it was reported that Honey Pot was being inundated with negative reviews as backlash for the truly unproblematic ad, people on social media have come to the rescue and are not only countering the bad reviews by leaving good ones in their place but buying products in droves.

Oh I'm running straight to @target today to pick up more Honey pot products and make sure I support the product even more! pic.twitter.com/jTuBFC88Al

Twitter users also used the platform yesterday to show their support of her company and used their privilege to demonstrate what allyship looks like.

Just in case any white folks who follow me are likewise confused: if you hold white privilege, you have been benefiting from space being GIVEN to you since literally the beginning of time, and black women creating space for one another does not threaten you. https://t.co/sKUFiFOyQk

I don’t know who needs to hear this but praise for Black women is in no way, shape, or form an attack on white women. It is entirely possible for Black women to uplift their fellow people of color without diminishing the light of anyone else.

If your feminism isn’t intersectional, it may be high time to check your privilege. Being a woman is difficult. Add in the extra layer of discriminatory practices due to race and you've got yet another steep factor to contend with. Refusing to acknowledge or even attempt to understand the unique plight of marginalized groups is a disservice to all involved. Women of color constantly have to be mindful of every facet of their identity. We don't have the luxury of simply focusing on one part because the world at large impacts us in more ways than one. Discussing intersectional feminism may make some folks uneasy but that's precisely why conversations need to be had.