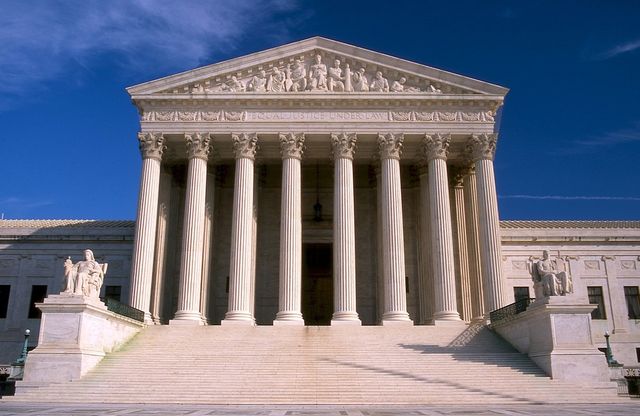 This coming Wednesday, March 4th, the Center For Reproductive Rights is taking on the Supreme Court in a fight against a Louisiana law that will completely gut access to abortion in that state. This will be the first case on abortion to be brought to the Supreme Court since Trump elected conservative justices Neil Gorsuch and Brett Kavanaugh, and reproductive rights supporters are concerned to say the least.

The main goal of the Center for Reproductive Rights is to bring anti-abortion laws to court in order to block or overturn them before they even get the chance to go into effect. This particular case is titled June Medical Services vs Russo. Essentially, it refers to a law that was passed in Louisiana in 2014 that requires doctors performing abortions to admitting privileges in hospitals, despite the facts that complications rarely occur after abortions. This makes the law extremely hard to implement and ends up limiting the number of clinics where abortion services can be offered. Unsurprisingly, this is not the first time a law such as this one has been proposed. Two extremely similar laws were proposed in Texas. One, which actually went into effect, caused dozens of clinics in the state to be shut down. Another, back in 2013 and nearly identical to this new case in Louisiana titled Whole Woman’s Health v. Hellerstedt, was taken to the Supreme Court and shut down. This was a monumental victory for reproductive rights warriors, as when it was overturned Supreme Court Justice Stephen Beyer stated it was undue burden to access under the United States constitution. This time around, however, it might be different.

While folks are not only concerned because of the traditionally conservative, pro-life justices now in power in the Supreme Court, this case is also interesting because of how different Louisiana is from Texas. In Louisiana, it is much easier for doctors to attain admitting privileges to hospitals than it is for doctors in Texas. For this reason, some may argue that this bill is not nearly as dangerous in Louisiana as it was in Texas or would be in other states. But the fact of the matter is, any sort of abortion restrictions in the south, no matter what state, and particularly alarming. Louisiana has a history of violent anti-abortion protests. In the late ’80s and early ’90s, many abortion clinics were bombed or burned down. The odds have been against access to abortion for decades. To make matters worse, the poverty rate for women living in Louisiana is 21.3 percent. Historically, it has been much more difficult for impoverished women to get the access to abortion and reproductive healthcare that they deserve, and their right to access is only further threatened by the overall conservative climate in the state and restrictive laws such as this one.

At a national level, neglecting to strike June Medical Services v. Russo down, or overturning a case like Whole Woman’s Health would give states the okay to continue to propose and pass restrictive, harmful anti-abortion bills. Some are even concerned that the justices could use this case to overturn Roe v. Wade or give individual states the right to completely regulate abortion. As Nancy Northup, president of the Center for Reproductive Rights stated, “What’s alarming is the extremism of the laws that were passed in the last year, some 47 years after Roe v. Wade, that Alabama would pass a blanket abortion ban that would be signed by the governor, that other states would pass bans before women know that they’re pregnant...Being back in the Supreme Court, litigating the same issue we won four years ago — that gives me grave concern.”

While the representatives from the Center for Reproductive Rights will appear before the Supreme Court on Wednesday, a decision on this case will likely not be made until late spring or early summer. Waiting to hear on a decision will be anxiety inducing, as although what the Supreme Court will say is ultimately unpredictable, some of the justices in power as of now should make folks nervous. But no matter what happens, The Center for Reproductive Rights has a plan, and it’s called The Women’s Health Protection Act. Northup previously testified to Congress about the act, and it already has the support of all major Democratic candidates. Essentially, it would codify Roe v. Wade, making it a national right under the law and therefore untouchable to the Supreme Court. The times we are living in are scary to say the least, but reproductive healthcare supporters will stop at nothing until women of the United States are given the rights and protections they deserve.

Tags: Reproductive Rights , Reproductive Healthcare , Abortion , Abortion Rights , Supreme Court , Brett Kavanaugh , Center for Reproductive Rights , Pro Choice
Support Feminist Media!
During these troubling political times, independent feminist media is more vital than ever. If our bold, uncensored reporting on women’s issues is important to you, please consider making a donation of $5, $25, $50, or whatever you can afford, to protect and sustain BUST.com.
Thanks so much—we can’t spell BUST without U.