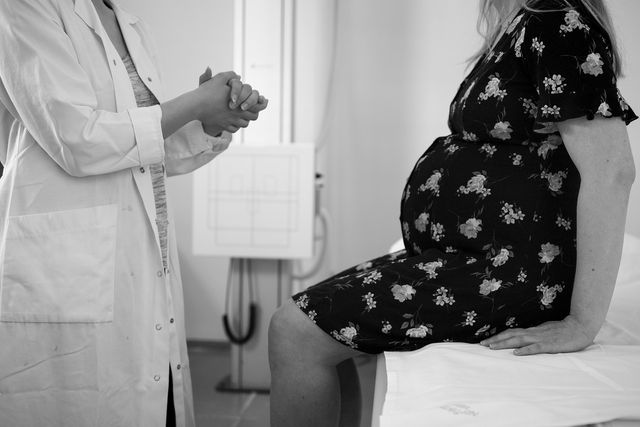 This Monday, a woman, Holli Would, started a conversation on twitter after her OB/GYN wouldn’t let her get her tubes tied without her husband’s approval. After she asked if it was required by law, they said it’s not a state law but a company policy. Obviously this caused quite a stir and a lot of people were pointing out the similarities with the dystopian universe in The Handmaid’s Tale. It made people wonder why such a crazy concept was still around in 2020. Why are women still considered “property” of their husbands? Why do we need to get permission for a medical procedure if we are an adult and in the right state of mind?

My OBGYN just said if I want my tubes tied electively then my husbands signature is also required on the release form.

I asked her if that was a law, she said it's not but it's their policy.

My face has been stuck like this for 15 minutes.

Some people on twitter were saying that it was wrong and deceptive to “get it behind your husband’s back” and “if he still wants kids shouldn’t he get a say in the matter?” Women are told all the time when they say they don’t want children that they’ll regret it later. What if your future husband wants children? But, why do their opinions of our bodies come before our own?

While people told her to just go to another OB/GYN, others pointed out how hard it can be to find another gynecologist in certain parts of the U.S.

I'm seeing a lot of find a new OBGYN comments. And while I agree, let's remember that many women in rural areas don't have that option. We have over 60 counties in Georgia without a single OBGYN! This type of practice traps poor women in miserable marriages. #mybodymychoice

Another important part about this narrative that many are neglecting to address is how abusive relationships operate. They can be hard to escape and can try to make someone stay by getting rid of their birth control methods and give birth. There is no more inalienable right than autonomy over one’s body. To violate that right is essentially equivalent to kidnapping or imprisonment. For medical professionals to act this way is unethical and can have deadly consequences.

So many women were responding to Would’s tweet and telling their own OB/GYN horror stories. Many replied that they were asked how their husbands “felt about it” before they could get the procedure. One woman replied, saying, in Indiana, if a woman is unmarried, they need their father’s consent to get the procedure.

All the docs I saw in Indiana had the same policy.

And if you weren’t married, your FATHER had to sign consent.

This kind of behavior is unfortunately very common when women want to get their tubes tied. Some women even have to prove their competence before they can get the procedure. In an article by VICE in 2019, they interviewed women who struggled to get their tubes tied. One said, “They told me I would need to see a psychologist to get cleared, and I had to write a two-page paper defending my need for this surgery. I spent two years trying to get them to give me one while I tried one terrible birth control [method] after another.” Later, her husband was able to get a vasectomy and complete the procedure within a week.

For men, they almost never need a signature from their wife when they get a vasectomy. Notoriously, Dax Shephard got a vasectomy and it took him only two days to complete the procedure. For women, it can take two years (and in some cases even more).

Other women were refused even if it had to do with a medical condition.

My best friend has polycystic ovaries and is in her late 30s. Absolutely does not want children but her gyn refuses to remove both ovaries. She had to beg to get one taken out and we all know that just means the remaining one will pick up the cyst slack.?

Women do not need their husband’s consent to get their tubes tied according to federal policy. Georgia, North Carolina, Virginia and more states used to require husband’s consent in the 70s, but they were challenged by the courts which deemed this practice unconstitutional. Unfortunately, because the Supreme Court never officially released a statement on the matter, it is unresolved at this point. Some private hospitals and providers still have these policies in place and won't perform the procedure without the husband’s consent.

Oh honey, I was married and my husband supported me getting my tubes tied. It wasn’t allowed because what if we were to get a divorce and my new husband wanted babies? So it wasn’t even for the feelings of my husband, but a fictional man who didn’t even exist.

This very common epidemic of women’s concerns being overlooked is very much like the husband or daddy stitch, which is a procedure crudely done to the vagina after giving birth that is supposedly to repair a tear after birth and to tighten the opening to give more pleasure to her husband or partner during sex. It is also reminiscent of forced sterilization with its very dangerous racist not-so-distant past.

There’s been a long history of women, especially black and indigenous women, being disregarded and not taken seriously when they come to their doctor with medical concerns or pain levels. So, doctors talking down to their female patients is anything but new. They have been known to try to talk patients out of getting their tubes tied and taking the word of a “future” husband and a “future” child over a woman’s. But, as we know, the only person that owns our uterus is us. We shouldn’t have to save ourselves and our uterus to have a baby for an imaginary man that has more say over our body than we do. So, GET YOUR OPINIONS OFF OUR BODIES AND OUT OF OUR UTERUSES!

Header image via Bokskapet via Pixabay.

Tags: ob/gyn , twitter , tubes tied , sterilization , consent , pro-choice , Holli Would
Support Feminist Media!
During these troubling political times, independent feminist media is more vital than ever. If our bold, uncensored reporting on women’s issues is important to you, please consider making a donation of $5, $25, $50, or whatever you can afford, to protect and sustain BUST.com.
Thanks so much—we can’t spell BUST without U.