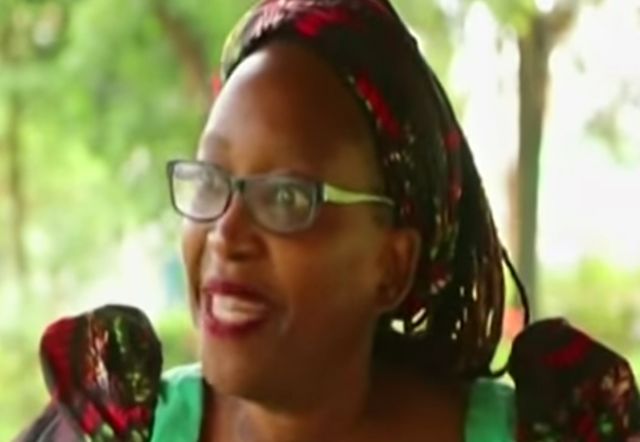 Writer, scholar, and queer and feminist rights acitivst, Dr. Stella Nyanzi, was just released from prison in Uganda after her 18-month sentence. Last year, Nyanzi was found guilty of cyber harassment of the Ugandan president, Yoweri Museveni. She had written and posted a poem about Museveni’s birth and his mother’s vagina.

An avid critic of the Ugandan government, the scholar was taken to court following the charges where dozens of supporters showed up to the courtroom in support of her. According to The Guardian, when asked at the ruling (which was deemed unfair by human rights organizations like The Clooney Foundation) if she wanted to make a statement to lower her sentencing, Nyanzi stated: “Send me to Luzira [maximum security prison]. I am proud [of what] I told a dirty, delinquent dictator….I want to embolden the young people … I want them to use their voices and speak whatever words they want to speak.”

For many years, Nyanzi has used her voice to speak out against the Ugandan government, which has been criticized for being corrupt by both its citizens and at an international level. Nyanzi stated on her sentencing, “Why was I in court for all these months? Why is the current regime of Uganda oppressing Ugandans who are expressing their constitutional rights? I am the voice for the opposition of Uganda….Why was I in prison, because I wrote a poem?”

Feminists and human rights activists in the nation are extremely proud of all that Nyanzi has done to make her voice heard and even organized a week-long welcome home party for her upon her release from prison. Activist Mwafrika Mbarikiwa Nana stated: “Her release is of course encouraging...It’s a big win for activists, it’s a big win for women and it’s a big win for Ugandans.”

Despite losing her job and the overall dangers of being in custody, Nyanzi persevered and continued to stick to her beliefs in freedom of speech throughout the trial and her time in prison. Karin Deutsch Karlekar of PEN, who awarded Nyanzi the International Award for Freedom of Expression last month, stated in a press release Friday: “Her fearless commitment to continuing to write, even from behind bars, is a reminder that even prison cannot silence a voice that is determined to speak truth to power.” PEN proceeded to call for the Ugandan government to allow her to resume her career and continue her writing and research without threat of legal action.

Stories in which activists and artists are persecuted for speaking up in countries around the globe seem more and more common, but by looking at individuals like Dr. Stella Nyanzi, it is obvious that their voices will not be silenced. Nyazni has inspired artists, activists and, most importantly, young people in her country to speak out against injustice and speak up for what they believe in. It is a great victory to know that Nyanzi is now free and able to continue to fight for and write about what she believes in.

A Ugandan Feminist Wrote A Poem About A Vagina, Then She Was Arrested