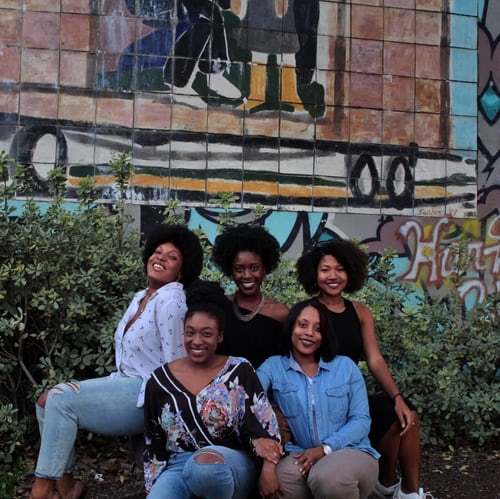 Minnesota, Colorado, and Washington State are the latest states to pass the bill that will give African Americans protection from bias policies that target them in schools and/or the workplace due to their natural hair. Incidentally, according to the census, all three of these states have an African American population of less than seven percent each (Minnesota with 6.8%, Colorado with 4.6%, and Washington State with 4.3%) but due largely in part to the politicians of color in these states, the push for protecting natural hair by way of the CROWN Act has been able to pass more efficiently through legislation.

In Washington, sponsors of the bill were councilwoman Nancy Navarro and councilman Will Jawando. In Colorado, the bill was sponsored by Representative Leslie Herod, the first gay African-American elected to the state’s legislature. Minnesota’s sponsor Rena Moran is no stranger to advocating for the protection of Black hair and those who style it in her state: last year she fought for a bill to repeal cosmetology registration requirements for hair braiders. Having people of color in positions to create change is crucial, as these leaders are able to champion for marginalized groups that are repeatedly overlooked or targeted.

In the summer of 2019, California became the first state to enact the CROWN Act, followed thereafter by New York and New Jersey. Close to two dozen states are now considering implementing the act that would ban schools or employers from discriminating against any person due to their natural hair.

The movement and advocation for acceptance of natural hair is becoming a more prominent fight. Last year saw the contributions of former NFL player Matthew A. Cherry’s Hair Love. What began as a Kickstarter campaign in 2017 snowballed into a picture book and an Oscar award-winning best animated short. The buzz around the film, which centers around a Black father trying to do his daughter’s hair, helped in furthering the dialogue around natural hair by bringing the matter into the mainstream.

During his acceptance speech, Cherry mentioned the CROWN Act by name and said, “Hair Love was done because we wanted to see more representation in animation. We wanted to normalize Black hair.” Prior to the show, Cherry had high school senior DeAndre Arnold walk the carpet with him. Arnold made national headlines after his school threatened to bar him from walking at graduation if he didn’t cut his dreadlocks in order to meet their standard of acceptable hair length.

The policing of Black bodies is absolutely nothing new and yet it’s still a matter that has to be battled out in legislation state by state. Until all 50 states have this act in place, more occurrences will make their way into national news stories.

In 2018, a multiracial high school wrestler in New Jersey was given an ultimatum prior to a match: either cut his dreadlocks or forfeit. Andrew Johnson ultimately cut his locs in order to participate. He went on to win his match, but the circumstance he was thrown into was a loss within itself. The white referee who issued the proposition was suspended for two seasons following an investigation into the matter. The clip of Johnson’s locs being cut went viral with some calling it disturbing to see his hair being hacked off hurriedly. This instance forced a young man into an unjust position of having to choose between his identity and his passion for wrestling. Johnson has since spoken about the psychological impact the experience has on him.

This type of response is a sentiment felt by countless Black people as they contend with their right to wear their hair naturally with the overwhelming number of voices that oppose and suggest they wear their hair in a manner that falls in line with others deem suitable.

According to a Dove study conducted last year, Black women are 80% more likely to change their natural hair to conform to social norms or expectations at work. Additionally, Black women’s hair is seen to be 3.4 times more unprofessional and has a direct effect on their mobility in possible workplace advancements. The pressure to comply with Eurocentric standards of beauty is an unfair, discriminatory burden placed against Black people.

Perming natural hair can have extremely damaging effects from hair breakage to hair loss or even infections. Expecting Black people to alter their appearance and/or cause harm to themselves in order to placate their peers is an appalling practice. Initiatives such as the CROWN Act are advocating for the very real and logical notion that Black people should simply be able to exist in the world as they are without fear of repercussion or backlash.

The CROWN Act seeks to ensure that toxic culture of discrimination on the basis of natural hair is eradicated throughout the United States. The coalition consists of Dove, National Urban League, Color of Change, and Western Center on Law and Poverty. These founding members have been successful so far in not only gaining momentum but effecting the kind of progressive change that will have a lasting impact on a community with a longstanding history of being ostracized in this country.