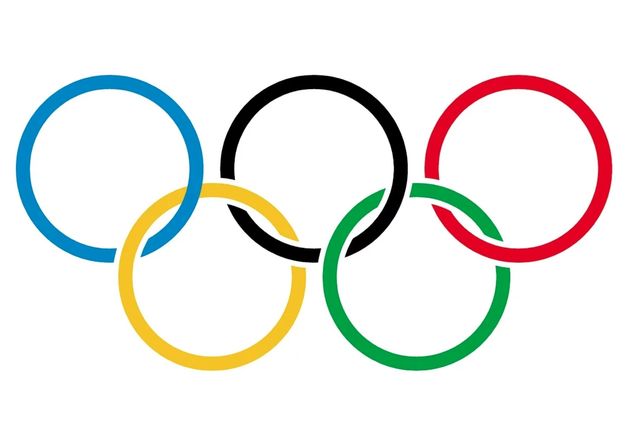 It has been 120 years since the first women competed in the Olympic Games. In 1900, 22 women competed alongside 997 men in five different categories including tennis, sailing, croquet, equestrian, and golf. This was the very beginning of an era in which women athletes finally began to receive representation and recognition for a wide variety of sports. Each year, the Olympics have grown increasingly diverse, and it’s looking like the Summer 2020 Olympics are already seeing a wave of firsts for women’s history.

1. Tokyo 2020 will mark the most gender-balanced games in Olympic history

For the most part, each year of the modern Olympic Games has seen a steady rise in women’s participation. This year, however, will be the most gender-balanced games yet. The Executive Board of the International Olympic Committee approved the decision to introduce five new sports and 15 new categories without increasing the number of athletes attending in a sustainable move to minimize the game’s footprint. Even though the number of athletes overall attending this year’s games has not increased, the number of women athletes did.

The percentage of women athletes competing at the 2020 Olympic Games in Tokyo is 48.8%. Nearly completely balanced, this is a huge increase from the 2012 and 2016 Olympic games alone, which boasted about 44% and 45% women athletes respectively. This is a monumental step forward for women’s representation in the notorious event. It’s safe to say that by 2024, we might just see a totally gender-balanced games.

In the same initiative that increased the amount of women athletes at the Olympics, five new sports were added to the games including karate, baseball and softball, climbing, surfing and skateboarding. Skateboarding, which is arguably one of the coolest sports to watch in action, will no doubt become a new fan favorite. What is particularly exciting about the addition of this category, however, is some of the athletes that will be participating in it. More specifically, one 11-year-old skateboarding savant that will be making Olympic history.

Her name is Sky Brown, and she is set to become the youngest ever athlete to represent Great Britain at the summer Olympics. While the youngest Olympian on record to ever represent England was Cecilia Colledge, who was just 11-year-old when she competed in the 1932 winter Olympics, Brown will be making history at 12-years-old this summer. The skateboarder made history for the first time back in 2016, when she became the youngest girl ever to compete in the Vans US Open Pro Series. In 2019, her achievements at the senior World Championships in Brazil, where she won bronze, truly woke Great Britain up to the reality that if she competed, they could be walking away with a medal in the skateboarding category.

It’s clear that although this is the first time the world at large will be witnessing Brown make herstory, it certainly will not be the last.

3. Greek athlete Ana Korakaki will be the first woman ever to start the Olympic Torch Relay

On March 12th, Greek Olympic shooting champion, Ana Korakai, will become the first woman in history to kick off the Olympic Torch Relay. High Priestess Xanthi Georgiou will light the Olympic flame in Ancient Olympia, where the original Olympics were held, before passing the torch to the 23-year-old athlete, officially kicking off the notorious relay.

Another Greek woman Olympian, 30-year-old pole-vaulting champion Katerina Stefanidi, will be the last person to carry the torch before placing the flame in the Panathenaic Stadium on March 19. From there, the torch will be flown to Japan, officially signifying the start of the 2020 games, which will begin in late July.

The gold and bronze winning athlete stated, "I am thrilled, and I think the feelings will get even more intense in Ancient Olympia. I am looking forward to experiencing that moment and I'm sure it will remain etched in my mind and heart for the rest of my life."This is definitely something to look forward to, as watching Korakaki carry the torch next month will quite literally mean witnessing history in the making.

4. Megan Youngren is set to become the first openly transgender athlete to compete at the U.S. Olympic Marathon Trails

Megan Youngren ran a 2:43:52 marathon in December & is set to become the 1st openly transgender athlete to compete at the US Olympic marathon trials. https://t.co/VkXPW06bMn

Back in December, Megan Youngren competed in the California International Marathon, coming in 40th with a time of 2:43:52. This qualified the 28-year-old athlete to join 63 other women in the U.S. Olympic Marathon Trial later this month, making her the first openly trans athlete to compete in this specific trial.

“I thought that if I worked incredibly hard and took some huge risks that I could run a 2:45,” Youngren stated in conversation with Sports Illustrated. “People will try to put it down by saying, ‘That’s too easy because you’re trans.’ But what about the 500 other women who will qualify? There’s probably someone with the exact same story. I trained hard. I got lucky. I dodged injuries. I raced a lot, and it worked out for me. That’s the story for a lot of other people, too.”

In recent years, major long distance running events have updated their rules regarding transgender athletes. Two years ago, distance race giant Boston Marathon updated their policies, stating that runners can qualify and compete in the category of their gender-identity, and does not require participants to outline their gender history. Youngren’s win also comes after transgender activist Chris Mosier made history as the first openly trans member of Team USA. The triathlete stated, “For me, it’s all about making a pathway for all the trans athletes that come after me.”

Youngren is taking this pathway, and we can look forward to watching her make history at the end of this month in Atlanta at the U.S. Olympic Marathon Trials.

5. The Philippines’ Hidilyn Diaz is ready to make history, AGAIN.

Weightlifter Hidilyn Diaz is aiming for the top of the podium at #Tokyo2020! Read more ?https://t.co/DRNTQ5dbIO

At the last summer Olympic Games in Rio, Hidilyn Diaz made history when she became the first ever woman athlete from the Phillipines to win a medal when she took home silver in the -53kg weightlifting final. Now, this weightlifter is ready to do it again.

The 28-year-old Olympian has become an icon in the Philippines as well as an inspiration to many young Filipina athletes and women as a whole. "My father was a tricycle [rickshaw/tuk tuk] driver before, then he became a farmer and a fisherman,” the athlete stated, “Now, thanks to weightlifting, our life in Zamboanga changed. I was able to buy land for my sibling and for my gym. I was able to help my family and kids who grew up without a home."

The Philippines have been competing in the Olympics since as early as 1924, but they have yet to take home a gold medal. Diaz is here to change that. The weightlifting champion is determined to bring her country their first Olympic gold medal at the 2020 Olympics in Tokyo, rewriting history and herstory for the second time in her life.