Making Herstory: Thanks To This Bill, We Might Have A Women's History Museum 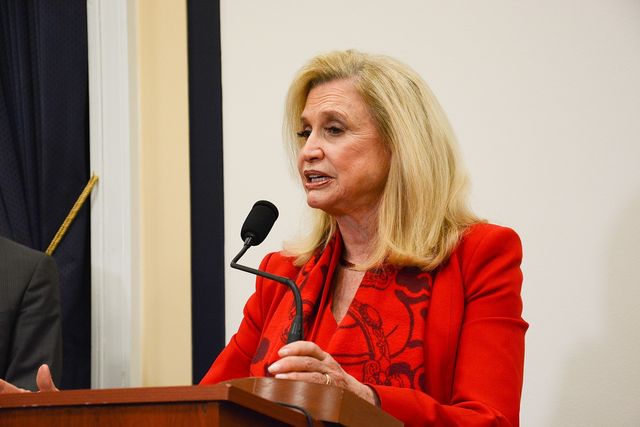 This week has been a big one for women in the United States: not only did the House vote to remove the 1982 deadline for state ratification on the Equal Rights Amendment on Thursday, but on Tuesday, the House passed legislation to bring a Women’s History Museum to D.C.

A bipartisan 374-37 vote was cast concerning the legislation of a national museum devoted to women's history, marking the the first steps made in passing the legislation since House Oversight and Reform Committee Chairwoman Carolyn Maloney began advocating for a women’s history museum in 1998.

"Unfortunately, women have been left out of the telling of our nation's history," Maloney said on the House floor, before members of the House had cast their votes. The Women’s History Museum will be part of the Smithsonian Institution, located in the National Mall or near the Senate side of the Capitol.

Maloney shared that, for her, this journey began over 20 years ago. On the House floor, Maloney recalled walking the National Mall and seeing all the museums dedicated to institutions like air, space, and spies or law enforcement, textiles, and the arts, and even the postal service. There appeared to be a museum for almost every aspect of American history, Maloney found, except one: American Women’s history.

"I found myself asking, 'Where are the women?'" Maloney said.

That’s what prompted Maloney to introduce a privately funded commission to study the idea of creating legislation for a women’s history museum in 1998. The bill became a law in 2014, nearly a decade and a half later.

In 2017, a year later, Maloney introduced a bill related to the creation of a women’s history museum at the last session of Congress only to have the Congress close before it got a vote.

Though the legislation got an overwhelming positive response from both Democrats and Republicans, 36 Republicans did vote against it, including one woman — Wyoming Rep. Liz Cheney, a conference chairwoman in House GOP leadership. When Cheney’s team was contacted for a comment, a Cheney spokesperson said, "Congresswoman Cheney represents Wyoming, where generations of women have demonstrated grit, determination, courage and leadership in building our great state. She believes women’s accomplishments deserve to be honored in an equal manner, alongside those of men, as part of our great national story," The Hill reported.

But, as Maloney pointed out on the House floor, women's accomplishments currently aren't honored like those of men. She cited the lack of national landmarks and gender bias in textbooks.

The legislation didn't pass without some adjustments, though. A section authored by North Carolina Rep. Mark Walker said the museum would ensure “diversity of political viewpoints in exhibits and programs.” Walker wrote that the women’s history museum should "reflect the diversity of the political viewpoints held by women of the United States on the events and issues related to the history of women in the United States." He neglected to vote for or against the museum.

But the House wasn’t done talking about women on Tuesday. On Thursday, the House cast a 232-183 vote concerning the Equal Rights Amendment (ERA) and whether to remove the 1982 deadline for state ratification. The votes for the state ratification deadline to be removed won!

Proposed in 1923, nearly a hundred years ago, the ERA has long been a subject of debate. Some states that have ratified the amendment in the past while others have come forward in recent years, rescinding their votes or showing support for the first time.

Though the future of the ERA is uncertain, that won't (and shouldn't) keep women from celebrating. History is happening right now — and maybe someday, future generations will learn about it at the Smithsonian.