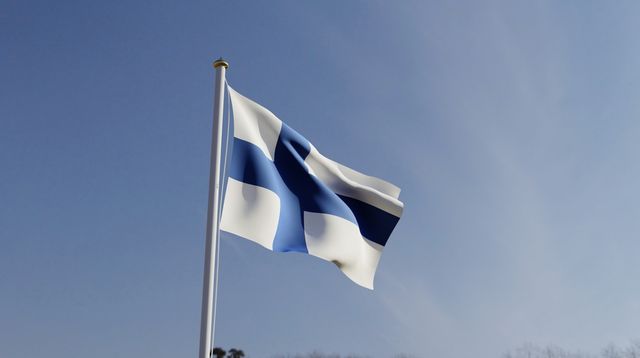 When the musical Spamalot said “Finland, Finland, Finland: That’s the country for me,” I felt that. According to a 2019 report, Finland is the happiest country on planet earth. Sure, this could be largely due to the fact that the cities are astoundingly beautiful and clean, the sun never sets in the summer, saunas are commonplace and little fuzzy reindeer romp around the northernmost part of the nation at all times. But, it’s more likely due to the fact that Nordic governments have kind of mastered the whole democracy thing. Finland has universal free healthcare, the best education system on the planet and is the fourth best country in the world for gender equality. You might be asking, what makes the Finnish government so high-functioning? Well, one reason could be that as of right now, the entire government is women-led. This past fall, Sanna Marin became the world’s youngest prime minister, and the third female prime minister of Finland. When elected, Marin joined a coalition of four other parties that are all led by women. You heard us right! It’s basically everything a feminist could ask for. Because women are in charge, the country is seeing equal representation the likes of which not a lot of other countries have seen, especially the United States.

The latest in a series of feminist initiatives in the nation is a law that promises equal paid leave for parents. The real kicker? Not only is there equal paid leave, but seven months of paid leave per parent, resulting in over a year of paid leave for families altogether. The new policy is incredibly inclusive. For starters, it’s gender neutral. Rather than giving a certain amount of “maternity” leave to one parent and a second, shorter amount of leave to a “paternity” figure, the policy gives an equal amount to two individuals. Not only this, but the pregnant parent gets one month of pregnancy allowance before the official leave even begins. Finland didn’t just stop there, though. The new action also allows for one parent to donate 69 days of their own leave to the other parent, and a single parent gets the entire 14 months of paid leave to themselves.

To compare this to the parental leave programs in the United States would be difficult, mostly because as a nation, we don’t have a universal maternity leave policy. In fact, the only law that guarantees time off for new parents is the Family and Medical Leave Act (FMLA), which protects one’s job for 12 weeks after childbirth or adoption but is also, you guessed it, unpaid. Individual states do, however, offer paid parental leave options. For example, in New York state, it’s pretty typical that a private company may offer eight weeks of partially paid maternity and paternity leave. California has a policy for six weeks of partially paid maternity leave,while states like Arkansas see about four weeks of paid maternity leave for state workers. In an ideal situation, even if you add up the partially paid leave both parents receive in most states, it doesn’t even add up to six months. Sure we can’t all be Sweden, which offers a whopping 240 days off per parent, but under circumstances like we have in the United States, parents are seen saving up their sick and vacation days just to tag a little more time onto their leave, which isn’t even allowed at some companies. So why can’t we come up with a policy more like that of Finland’s?

Prime Minister Marin said it herself, Finland is a better place to achieve the American Dream than America. The 34-year-old politician stated, “...every child no matter their background or the background of their families can become anything, because we have a very good education system...we have a good health-care and social welfare system that allows anybody to become anything.” Miran threw some iconic shade and stated the facts at the very same time. The term “The American Dream,” in essence, means that life should be rich and full for everyone, regardless of social class or circumstances of birth. But obviously, that just isn’t the case, and that is clearly evident when looking at working mothers and parents who cannot get the time off they deserve to recover from childbirth or bond with their babies without worrying about money.

While it seems that the United States is drifting further and further away from the notion of the American Dream for all, Finland and its Nordic neighbors push forward with policies that are rooted in the “family values” America boasts but cannot seem to actually supply. From the notorious Finnish baby box supplied to all new parents by the government, to the country’s network of municipal prenatal clinics and the maternity allowance system in their health insurance, Finland does the most when it comes to helping families with their most basic needs. Kudos to Finland for their new equal paid leave policy. Hopefully one day, America can get it together enough to do the same.

Iceland Is The Best Place To Be A Woman. The U.S.? Not So Much