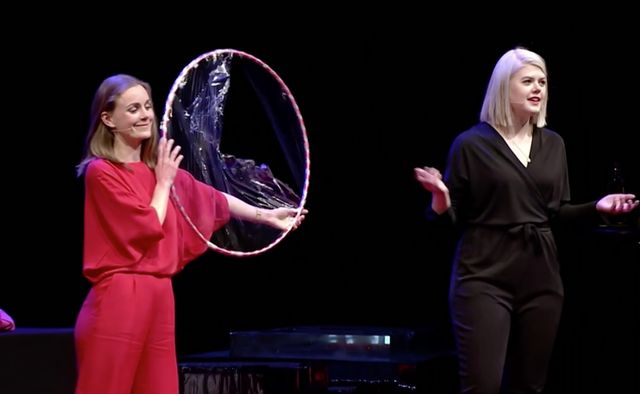 Virginity testing. It sounds like something that would only exist in the Middle Ages along with iron chastity belts and a variety of other ancient, misogynistic practices. But, as T.I. reminded us back in November of last year, virginity testing is apparently still very much a thing. The 39-year-old rapper shook the internet when he revealed in a podcast that he attends a yearly OB/GYN appointment with his 18-year-old daughter to ensure that her hymen is “still intact.” News outlets and civilians on social media were disgusted by this fact, and rightfully so. But as it turns out, T.I. isn’t the only person out there calling for this test to be performed on women and girls — in fact, it’s still a relatively common practice in 20 countries across the globe. After T.I.'s comments, however, action might finally be taken against this harmful examination in the United States.

Both New York and California are proposing bills to ban virginity testing. The two states cite the practice as traumatizing, unnecessary, a form of violence and harassment, and just flat-out sexist. If passed in New York, the legislation will prohibit medical practitioners from performing virginity tests and would result in penalties for professional misconduct if the examination is performed. Outside of medical settings, performing the test would be deemed as sexual assault. As NY assemblywoman Michaelle Solages stated in an interview with Elle Magazine, “In a perfect world, I wouldn't even have to submit legislation like this. In a perfect world, women are treated as equal beings.” But as we know all too well, the world is not perfect, and great strides still have to be taken to ensure that inhumane practices like this one do not continue to take place.

Around the world, virginity tests are performed under the guise of a variety of reasons. Sometimes, virginity tests have been administered as part of an assessment for survivors of rape. In India in 2013, the Supreme Court tackled this issue in the case of a young girl’s sexual assault, ultimately coming to the conclusion that performing the “two finger test” on victims was harmful and a direct violation of a woman’s privacy. While that mentality is thankfully pretty common throughout the world, it hasn’t stopped virginity tests from being conducted for other reasons. In some countries, the examination has been performed before a woman can be married to ensure her purity. Other countries claim that performing the test on girls is a means to prevent the spread of HIV. In places such as Indonesia, virginity tests have been forced upon high school-aged girls yearly in order to “reduce promiscuity.” It has also been noted that virginity tests are highly common in women’s detention centers, perpetuating the climate of fear and intimidation that already exists in those institutions. In most of, if not all, of these cases, the tests are administered without the woman’s consent.

For starters, it’s important to recognize that virginity testing is not even an accurate means of determining whether a woman is a virgin or not (as if that’s anyone's business to begin with). “You simply cannot look a woman between her legs and read her sexual story,” Norwegian doctor Ellen Støkken Dahl stated in a TED Talk on the topic. Hymens come in a variety of different shapes and sizes, just like anything else. They can be broken by a slew of things other than penetrative sex, or, alternatively, may not change shape after sex at all. In fact, some people are not even born with the crescent-shaped tissue in the first place.

Despite the fact that studies prove that checking if a hymen is intact has nothing to do with whether a person is a virgin or not, 10% of gynecologists in the United States stated in 2017 that they have been asked to perform the test, with 3.5% stating that they had actually performed one. But as Dahl stated in the same TED Talk, "Sexual oppression of women comes from something much deeper than a simple anatomical misunderstanding about the properties of the hymen. It's a question of cultural and religious control of women's sexuality. And that is much harder to change — but we must try." What Dahl is discussing is the exact issue that needs to be addressed. Not only are these tests inaccurate, but they are extremely harmful to women's and girls' health and well-being, and are an attack on their most basic rights. In 2018, the World Health Organization called for the elimination of virginity tests due to the fact that there is no scientific basis for the examination, performing them is a direct violation of human rights, and they place women and girls at risk.

Not only do virginity tests perpetuate the notion that vaginal penetration is the only way to have sex, but because there is no virginity test for men, it perpetuates the notion that premarital sex is only unacceptable for women. Additionally, as the WHO, United Nations Human Rights Committee, and UN Women noted, the test can cause feelings of guilt, depression, anxiety, self-disgust, and a variety of other psychological issues amongst the people it is performed upon. Ultimately, virginity tests are a form of violence against women that have no place in the 21st century. As the WHO called for two years ago, the practice must be eradicated around the globe — and here in the U.S., the process can start with passing legislation like the bills proposed in California and New York.

Header Image via "The Virginity Fraud" talk on TED