Brianna Wu Was Targeted By Trolls During Gamergate — Now, She's Running For Congress 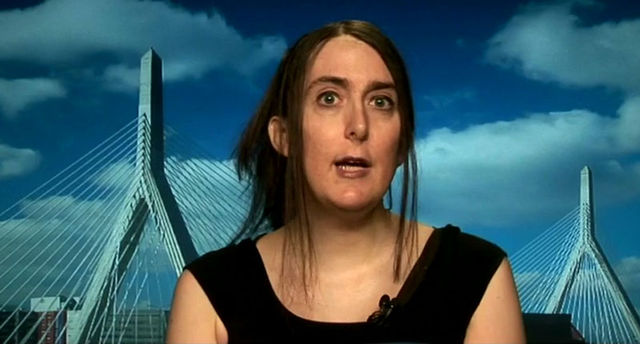 Brianna Wu, the Co-Founder of Giant Spacekat — a video game development studio in Boston, MA — and software engineer, has had enough of the types of politicians who are in Congress. This year, she’s taking matters into her own hands: she is running herself.

Wu, 43, is running to represent Massachusetts' 8th District in Congress in 2020. Wu is no stranger to politics, however. Back in 2018, the video game designer campaigned for a seat in the House of Representatives in 2018 after the Gamergate harassment campaign, a campaign that started out trying to shine a light on sexism and progressivism in the video game industry.

As one of the few women who spoke out about the problems in the gaming industry during the harrassment campaign, Wu became a high-profile target of rape and death threats. In spite of all that, Wu never stopped fighting. "They did everything they could to silence me," she recalled in her campaign video. "And they failed."

This fueled the fire that she had to keep on fighting, to speak out about the issues within her industry, and run for Congress.

“So the truth is, just like the reason I stood up in Gamergate, because I saw people going after my women colleagues and the men in our field doing nothing about it,” Wu told Vox. “That’s why I ran for Congress.”

She first ran in 2018, but lost the vote to eight-term congressman, Stephen Lynch, in the Democratic Primary. According to Wu, Lynch has been known to not support LGBTQ and women’s reproductive rights and she says he is called “the most conservative member of Congress in Massachusetts” for a reason.

“In my opinion, he’s just a Republican in a cheaper suit,” Wu said, Vox reported.

In 2020, Wu doesn’t intend on letting someone like Lynch win again.

As someone who has been both homeless and a small business owner in Massachusetts, she says she has seen many of the issues that the people she’s running for face everyday. Campaigning on issues like women’s rights, racial justice, and universal healthcare, Wu is intent on making changes now to make the world a better place for everyone.

“I like developing video games much more than being a politician,” Wu tweeted after the results of the 2018 Democratic Primaries were released in September 2018. “But this is PUBLIC SERVICE. We are literally trying to save this country. America needs better leadership more than we need another videogame. So, I am here for good.”

Why The "Can A Women Be President?" Question is Getting Old