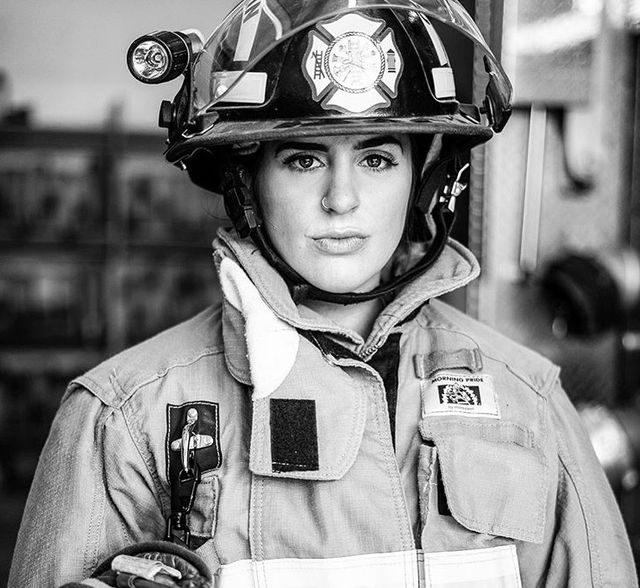 A female firefighter for Montana was fired for posting supposedly “racy” content on her Instagram, she claims and has recently filed a wrongful termination act against the Evergreen Fire Rescue Department.

Presley Pritchard announced the news to her followers online with a screenshot of an article published by Daily Inter Lake. “The article finally came out today regarding my lawsuit against the fire department for sexual discrimination & unlawful termination. The state ruled in my favor 4x since August,” she wrote. Adding, “Ladies, don’t ever let them harass you or try to silence you. SPEAK UP. God breaks chains, NOT promises.”

Pritchard, who updates her Instagram frequently with fitness videos and photos, is arguing that some of the content was the reason behind her firin. But, upon looking, it appears to be like any other fitness influencers feed. There’s a lot of inspirational quotes that could be painted on a decorative piece from Target. There’s a lot about God and not giving up. Almost everything she posts is related to her workouts, even selfies (which include sponsored ads); a picture of Pritchard posing on a beach in her bikini is captioned with “DM for coaching inquiries.” The 27-year-old also shares much of her life, with entire highlighted stories about her children and faith. Guns, God, and fitness are the most popular of all, however.

In an interview with Vice, Pritchard recalls when the complaints about her social media presence and overall “look” in the uniform was inappropriate. She claims that she was told to switch from women’s trousers to men’s, saying “So I was like 'Wow, fine, I'll wear men's pants! Are you serious? Am I supposed to leave my butt at home?'”

My face when someone mentions how I’m “provocative” in professional attire ? - This post is for all the ladies out there making a difference, doing their jobs day in & day out. - Have you ever been asked why you wear makeup in uniform? Or why you brush your hair and care how it looks? Or why you tighten your pants “too tight.” Or been told that you are too “manly,” “too skinny,” “too small,” or “you’re provocative” because of your curves or way you look that you can’t help? - If you’re a female in this field, especially an attractive or curvy girl, you’re GOING TO be ridiculed. You’re going to be mocked, made fun of, talked about poorly, judged by looks. - Here’s the thing; when you genuinely love yourself and others and what you’re doing while radiating the love of Jesus & walking in your calling, the enemy WILL try to knock you down. Did you know the enemy only attacks things of value? He sees you walking in God’s calling for your life, helping and inspiring others, and he will do EVERYTHING in his power to prevent you, stop you, discourage you, and talk you out of things meant for you. He does this through words, judgmental unbelievers, temptation; the devil has a bag of tricks up his sleeve. Don’t give in. Don’t be discouraged. Don’t throw in the towel. Darkness cannot drive out darkness, only light can. So be a light to others. Keep shining. Keep doing you. Keep staying in your lane, inspiring, and making a difference. . . . . . #firefighter #firefighterworkouts #sweaty #ems #firefighterfitness #firefighterworkout #fitfirefighter #femalefirefighter #thinredline #fitfemalefirefighter #paramedic #fitforduty #womeninuniform #functionaltraining #medic #firstresponder #firedepartment #onduty #fitnessmotivation #mediclife #functionalfitness

In addition to being reprimanded at work, she was constantly being called out for her personal content- even though many of her male colleagues would post similar work-out videos, including topless photos. Pritchard showed Vice other things these men would post such as “Sandy Hook Was Fake” which went unpunished.

“It just sucks, because you see firefighters out here with these sexy firefighter calendars, and if females did that, they would literally be like, beaten to death. Everyone would call them sluts and whores. But it's OK for guys, just like how it was OK for every guy in my department to have photos of themselves at training,” she said.

While there will surely be an investigation as to whether her termination was due to sexism is yet to be established. Still, the fact that there is a well-known fetish for men in firefighter uniforms but real-life women firefighters are expected to act differently from their peers is alarming.

Women Are Disproportionately Affected By Natural Disasters, And Here’s Why