Ecuadorian President Claims Only Ugly Men Are Accused of Harassment 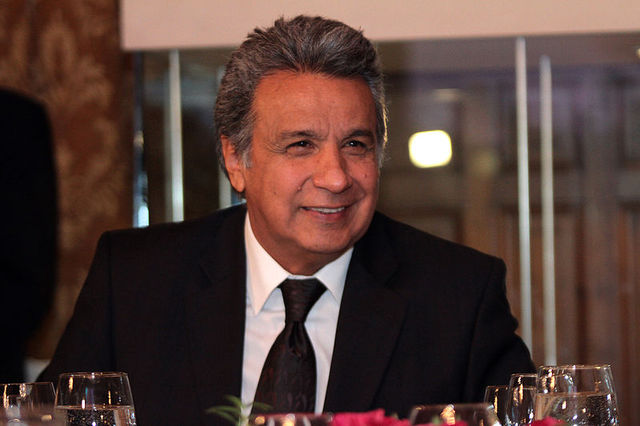 Ecuador’s President Lenín Moreno has issued an apology via Twitter regarding his recent comments demeaning the seriousness of sexual harassment. On Friday, at a conference in Guayaquil, Moreno spoke about the dire issues men face in a slowly progressing world when it comes to believing victims. Men, he said, are “permanently subjected to the danger of being accused of harassment.”

Moreno then went on to say that women are biased around reporting incidents of abuse. Better looking men are less likely to be denounced, whereas “ugly” men aren’t. So, if you’re good looking, you’re pretty much off the hook in Moreno’s mind, because OBVIOUSLY women take it as a compliment rather than harassment if the person is above an 8/10.

“Women often report harassment, it is true, and it is good that they do so,” he starts. “That is to say, that the harassment is when it comes from an ugly person. But if the person is good looking... they usually do not think it is harassment."

Footage was released online from the conference and Moreno’s comments were heavily criticized online. One person wrote how embarrassing it is for the country to have a president like Moreno. Another tweeted by Women of The World wrote: “He said what!?”

Lenín Moreno, Ecuador's President had some questionable things to say about harassment: https://t.co/CepokYISwT via @nytimes

These responses prompted Moreno to apologize in a statement on his Twitter page. The president wrote that regarding his statements, he never intended to minimize such a grave thing as sexual assault and how he was sorry if it was understood as such. Lastly, he claimed he rejects all forms of violence against women. Not once did he backtrack on his previous claims about “better looking” men, however.

Tags: Ecuador , feminism , Lenin Moreno , Latin america , sexual assault , Latinx , president , feminist
Support Feminist Media!
During these troubling political times, independent feminist media is more vital than ever. If our bold, uncensored reporting on women’s issues is important to you, please consider making a donation of $5, $25, $50, or whatever you can afford, to protect and sustain BUST.com.
Thanks so much—we can’t spell BUST without U.