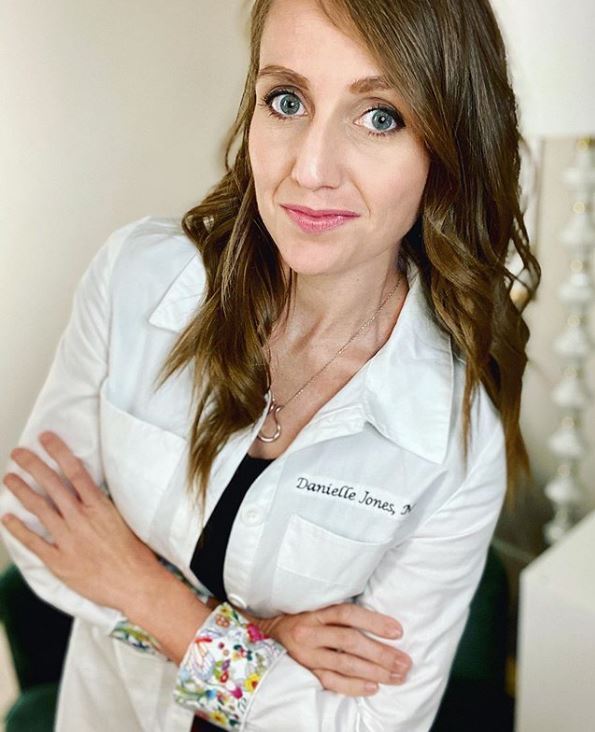 Anti-choice groups are surely, surely, exhausting their reasons and facts for women not having the right to abortions by now. From "It’s murder;" "it isn’t natural;" to "who are we to decide?"; and “but they have fingernails!” And it appears that since they are running out and scraping the unjust barrel, these baby-loving groups have deemed, without any evidence to back it up, that not one abortion has or will ever be medically needed. The group “ProLife OBYGYNS” tweeted about their latest epiphany last week and people’s responses were arguably what the group wanted: an angry and frustrated reaction.

Internet personality and OB/GYN, Mama Doctor Jones, wasn’t just about to sigh and scroll past this worrying message, rather, she replied with a series of examples on how many abortions she has personally dealt that were medically required. She wrote on an Instagram post, “I am not interested in discussing the politics of abortion here, but when an outright medical lie is being spread by people tasked with sharing real information, we have to talk about. Pregnancy, abortion, life and death situations...this is not black and white.” In the cases she used to clarify her point there were hemorrhages, seizures, high blood pressure, and organ failure. All of which were severe enough to terminate the pregnancy (one being 21 weeks) and save the mother’s life.

I am not interested in discussing the politics of abortion here, but when an outright medical lie is being spread by people tasked with sharing real information, we have to talk about. ⠀⠀⠀⠀⠀⠀⠀⠀ Pregnancy, abortion, life and death situations...this is not black and white. Tweets like this are dangerous. Stop.

Mama Doctor Jones is a YouTube and TikTok celebrity, followed by 4.1 million on the latter. Her aim is to educate the younger generation about sex, STIs and STDs, contraceptives and anything else people who write in ask her. The app, most popular with Gen-Z, is premised on short clips of videos filmed and edited by users. Some of the more popular types of clips are lip-synching, dancing and Vine-style comedy, but there’s also a lot more. Much like the internet does, the videos vary in infinite genres that can lead even the most restrained of people down an hour-long technology rabbit hole. Recently, a TikTok video went viral when a nurse advised young people that the only way to STI’s and STD’s was abstinence before marriage.

Although Mama Doctor Jones gives scientifically correct and helpful information that will hold the attention of young people through her videos (a favorite of mine shows her as an IUD “just chilling” before a sperm with a backward baseball cap and sunglasses dies), just like anything on the internet it isn’t regulated or certified.

@mamadoctorjones ♬ Y U Gotta B Like That - Audrey MiKa

This gives the opportunity for some medical professionals to give unsolicited and potentially harmful advice. Mama Doctor Jones’s bio on the app reads “YouTuber Sex ed your health class forgot.” This is hard to disagree with, because of the dated and uninformative sex-ed classes many remember throughout their school days. Her message is admirable and absolutely needed, but it does mean others with alternative views will give it a go and could result in a lack of trust, including Mama Doctor Jones, for reliable medical social media accounts.

Trump Attends March For Life Rally. What Does This Mean For Pro-Choice Movement?

Tags: abortion , feminist , mama doctor jones , anti-choice , pro-choice , abortion,
Support Feminist Media!
During these troubling political times, independent feminist media is more vital than ever. If our bold, uncensored reporting on women’s issues is important to you, please consider making a donation of $5, $25, $50, or whatever you can afford, to protect and sustain BUST.com.
Thanks so much—we can’t spell BUST without U.