Why Are Women Still Being Blamed For Their Own Murders? 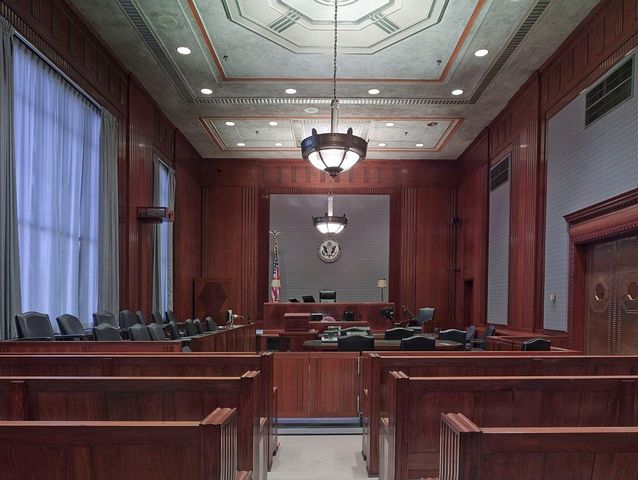 In December of 2018, 21-year-old British back-packer, Grace Millane, was murdered and buried in a suitcase near Auckland, Australia. What followed was a trial in which her murderer tried to use her sexual history as an excuse for his actions.

Using a womxn’s sexual preferences as justification for her death is not uncommon. It falls into a long and storied history of victim-blaming that women all too often face after they have experienced violent crimes. The age-old excuse of zeroing in on what a woman was wearing or how drunk she was after allegations of sexual assault or harrassment come up is one of the most common examples of this phenomenon. It is also, however, becoming a more frequent refrain during the trials of murdered women.

In the case of Millane, her killer, as well as his defense attorneys, justified his actions by saying that her death was an accident due to “violent sex.” As the prosecutor on the case stated, however, “you cannot consent to your own murder.” A very similar instance happened with another murder case in the UK, where the accused man justified his actions by stating the woman he killed died accidentally due to “rough sex.”

Unsettlingly, it is not just the accused and their lawyers who latch onto the idea that a woman’s consent can somehow be cited as cause for her murder: in a piece published on Vox last year, reporter Anna North explored how the media, especially in the case of Millane, exploited her sex life and victim-blamed as well, citing headlines including “Grace Millane was member of BDSM dating sites and asked ex-partner to choke her during sex, court hears” and “Grace Millane’s killer told police ‘she ASKED him to choke her during sex because she was a fan of the 50 Shades Of Grey films’, court hears."

North continues to explore various instances in which this kind of victim-blaming takes place: she cites how trans women, specifically trans women of color, are often depicted as predators rather than victims, even when they are attacked and killed. Murderers spew the narrative that they were deceived into thinking the woman they murdered was cisgendered, as if such a thing is cause for murder in the first place. Excuses such as these are often referred to as the LGBTQ+ Panic Defense. Described as a legal tactic by the LGBT Bar, this defense is used when a perpetrator of a violent crime claims "a victim’s sexual orientation or gender identity not only explains—but excuses—a loss of self-control and the subsequent assault." This is another perfect example of how the violence of a man can be defended in a court of law due to a woman’s past, actions or very being.

In a case as serious as Millane's, and all instances of gender-based violence, for that matter, why do some assume it is okay to turn the blame and guilt onto the victim? Millane’s sexual history should not have been brought up in the first place. And by focusing on her rather than on the heinous crimes of her killer, she was inherently blamed for her own death.

In England, where Millane was from, efforts are being made to put an end to this kind of victim blaming. A former English solicitor general, Harriet Harman, is asking that a law be made that bars men accused of murder or violence from using the defense of “rough sex gone wrong.” In the case of Millain’s murder, the “rough sex gone wrong” excuse that her murderer supplied was, thanfully, rejected and he was officially convicted of the murder just two months ago. However, there is no question about the fact that another man will try and use this same excuse, or one similar to it, again in the future.

This is why Harman’s proposal for a law to be made banning this kind of excuse needs to be made, even if a person’s death in relation to a sex act is accidental. As Harman stated on Woman’s Hour, "The new version of men being able to blame the woman they killed for her own death is by saying 'she wanted the violence', and the difficulty is that there were two people there and only one of them gets to speak because he has killed her, and therefore her version of events is not heard."

It has become commonplace for people to blame womxn for their own death or traumas based on her past experiences. Sex workers, women of color and victims of violent crimes in general are too often shamed because of their sexuality. It’s time that everybody get this through their heads: A womxn’s sexual history or identity is never, and should never be, any kind of justification for violence.

Tags: Womxn's Rights , Victim-blaming , Feminism , #stopviolenceagainstwomen
Support Feminist Media!
During these troubling political times, independent feminist media is more vital than ever. If our bold, uncensored reporting on women’s issues is important to you, please consider making a donation of $5, $25, $50, or whatever you can afford, to protect and sustain BUST.com.
Thanks so much—we can’t spell BUST without U.