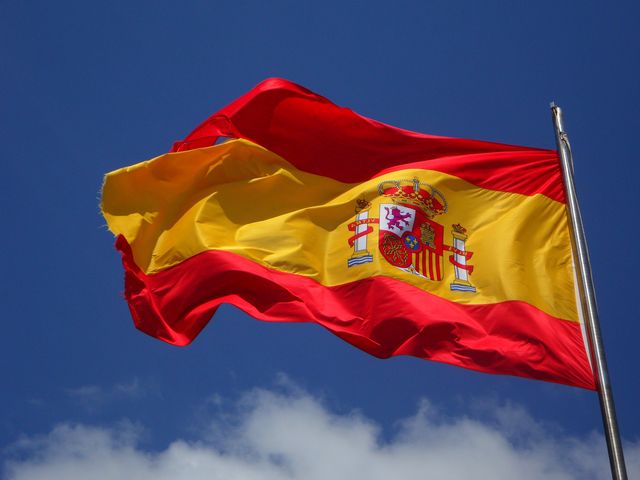 I have a habit of saying “guys.” Hey guys! Bye guys! Thanks guys! It’s so embedded into my day-to-day vocabulary that I hardly even know when it started, or, how to stop it. The word guys has evolved in the colloquial term from once being used to address men to now being used as a general gathering of people—no matter their gender. What bothers me is that there are plenty of these “masculine” leaning, turned plural terms and none that have originated from the “feminine”collective (unless I consider What’s up bitches? to be, which I have heard used by men- but it’s almost always comedic and the word “bitch” has negative connotations).

I also grew up in Spain, where there is a stark difference between masculine and feminine words; not just to address people, but even physical objects have their own gender. The table (la mesa) is feminine, whereas the book (el libro) is masculine. But what happens when referencing a combination of different genders at once? Well the norm, is for everything to assume the masculine identity. For example, hermano is brother and hermana is sister, if there is both brothers and sisters, the noun becomes hermanos.

For the last twelve months, including two general elections and leader of the socialist party Pedro Sánchez being elected as prime minister of Spain, the Royal Spanish Academy has had a pending report to alter the 1978 constitution to include inclusive gender pronouns, sent in by deputy prime minister Carmen Calvo. Ultimately, the academy has the last say on what is grammatically correct in the Spanish language and it appears that it isn’t in favor of overturning the current rules.

Two members of Unidas Podemos (formerly known as Unidos Podemos), Yolanda Díaz and Irene Montero, were called out by the academy for using an incorrect term: “consejo de ministras” instead of “consejo de ministros” (translated to, council of ministers.) In Spanish one is feminine and the other is masculine and general. According to the Guardian, it was said that the word “ministras” could only be used if it was an all-female cabinet. Yet, although there are men and women in the cabinet, the masculine is used. See the problem?

Language is a central part of cultural identity and tradition. However, it does evolve over time. We’re not all speaking the same English that Shakespeare spoke, or even using all the terms our parents used in their 20s. Most of the time, the shifting of language happens gradually, within certain subcultures and generations and eventually becoming more mainstream, like lit, bae, selfie. At the end of each year, The Oxford Dictionary releases the word that best sums up the previous 365 days. In 2016, it was “post-truth”; in 2017, it was “youth-quake”; in 2018, it was “toxic”; and in 2019, it was “climate emergency.”

In English, for the past few years, there has been a change in how we address people based on their gender. Pronouns “they/them” are often used for people who identify as non-binary. That said, there are a lot of internet and IRL trolls who are itching to start an argument with anyone who brings it up, and will brag about refusing to call someone by their preferred pronouns. How cool! Which is why the resolution to double-up gendered words, “todas y todos” or “niños y niñas” could backfire. What if someone doesn’t identify as either? What if someone identifies as both? Making up a whole entire neutral word to include everyone in Spanish could be seen as far-fetched and highly unlikely to happen. But who knows? Words don't become words until we decide it's a word.