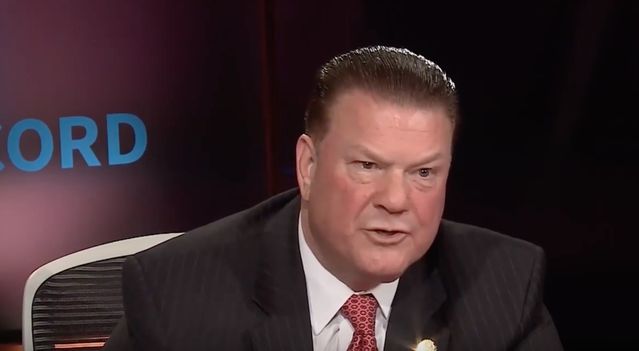 Allison Donahue, a 22-year-old reporter for the Michigan Advance, was just trying to do her job and interview Republican Senator Peter Lucido when, in her words, he "objectified and humiliated" her in front of a group of Catholic high school boys. Now, Donahue is sharing her story, and critcizing the language men in power use around and about young women, in and outside of professional spheres.

According to her Michigan Advance article, Donahue was hoping to ask Lucido to comment on a report that he was involved in a racist, sexist Facebook group. Instead of responding, Lucido gestured to a group of 30 high school students from his all-male alma mater. "You should hang around! You could have a lot of fun with these boys, or they could have a lot of fun with you," he said, as per Donahue's report.

“It’s time to hold powerful men accountable for saying sexist things to young women,” she wrote. She wasn't going to respond, she said, but then recalled experiences in which she stayed silent. "The 15-year-old girl in me, who didn’t know how to advocate for herself then, was telling me to do it now."

In response, Senators Mike Shirkey (R) and Jim Ananich (D) later formally requested that there be a sexual harassment investigation.

We must stand up to sexist, violent hate speech everywhere- especially in government institutions. Thank you @donahual for bravely telling your story. https://t.co/SWrXfiCOl4

Lucido's alma mater also released a statement, sharing, "We are very sorry the reporter was put in this position and we have met with the boys who were on the tour to discuss the improper nature of this situation."

"I didn't set out to write this story," Donahue said. "But it mattered to me that I wrote this, because maybe Sen. Lucido, and likely many other men in power, will think twice about making comments like this anymore to the young girls who visit the Capitol on a field trip, or the female reporters who are there to get a quote for a story or their female colleagues who are there to do their job."

In The Era Of Trump And #MeToo, "Bombshell" Rings Hollow