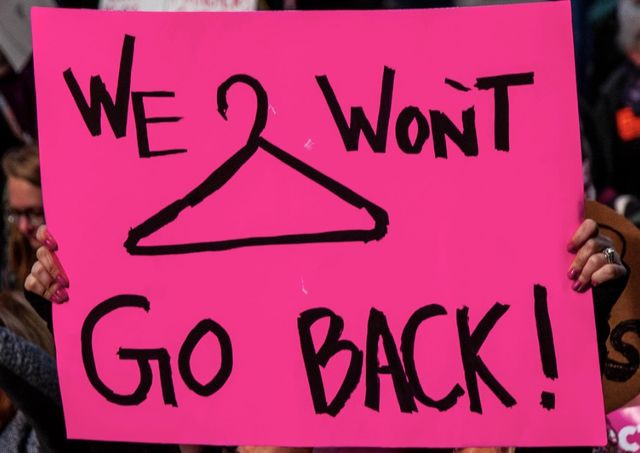 A new study, published today in Social Science & Medicine, signifies a milestone for abortion rights, reports Insider. The study, conducted between 2008 and 2016, analyzed 667 individuals' emotions regarding their decisions to have abortions. The research carried out a week after the procedure until five years later. After the three-year mark, 99% of the participants said having an abortion was the right decision. After five years, the most commonly described emotion for 95% of the participants was relief.

Such results lie in stark contrast with anti-choice claims that a person who chooses to have an abortion will be haunted by the decision later in life. These, now proven false, assertions of regret, have driven state-level laws restricting access to abortion. This is the first study to examine how women feel years after their abortions. Prior studies on the topic were limited to one week or one month post-procedure, as larger more long-term studies are hugely expensive and time-consuming.

Epidemiologist Corinne Rocca funded the study with grants from four different foundations and conducted the research as part of UCSF’s Advancing New Standards in Reproductive Health. “I wanted to investigate if there was any evidence to the claims that abortion had negative long-lasting effects,” she said. The study included a mix of black, white, and Latina women, whose average age was 25, from 30 clinics around the U.S. 62% of the women were already raising children. The sample of participants “looks very similar to the population of women who seek abortions nationally,” said Rocca.

Community stigma was also taken into account. The research found that 31% of the women said that people would disparage them if they knew about the abortion. Unsurprisingly, those women reported higher levels of depression post-abortion. The implication of this finding being that sociocultural context correlates to how women feel about their abortions. Despite the Supreme Court's decriminalization in 1973, abortion remains heavily stigmatized.

Every state has different laws restricting the types of abortion procedures. 45 states allow healthcare providers to refuse to provide abortion access. 27 states require a waiting period before an individual can have an abortion. Eight states are required to give out writings, on the "long-term mental health consequences," to those seeking an abortion.

Despite the study’s landmark findings, people remain skeptical on the effect it will have on state abortion policy. “The people who are so opposed to abortion don’t care about data, Dr. Wendy Chavkin, professor emerita at the Columbia Mailman School of Public Health, told Insider. “It’s like climate change deniers. The data is irrelevant. But for women considering abortions to know that 95% of women didn’t regret it? That’s important.”

Tags: abortion , research , feminism , pro-choice , Roe v. Wade
Support Feminist Media!
During these troubling political times, independent feminist media is more vital than ever. If our bold, uncensored reporting on women’s issues is important to you, please consider making a donation of $5, $25, $50, or whatever you can afford, to protect and sustain BUST.com.
Thanks so much—we can’t spell BUST without U.