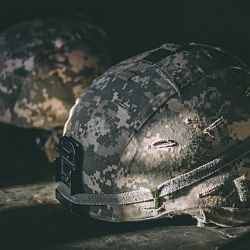 On January 3rd, the United States executed a drone strike in Iraq, killing Qasem Soleimni, a top security and intelligence official for Iran. This act quickly escalated tensions between the United States and Iran and stoked fears of a military conflict. While many were concerned of a possible World War III that would re-enact the draft, others, in typical Gen Z fashion, made memes about the “impending” war.

Me when I find my friends in the same jail as me #WorldWarThree #worldwar3 #WWIII pic.twitter.com/rzPyLEsoT2

Me walking through the battle field at WW3 #worldwar3 pic.twitter.com/nICfMImv5s

The draft was used for almost every war America has been involved in since the Revolutionary War and it has always been met with sharp criticism. For example, during the Civil War there were riots that lasted a week in Lower Manhattan by working class men in reaction to draft requirements. There was also a lot of backlash when it came to the Vietnam War. Many people evaded the draft by escaping to nearby countries like Canada.

Conscription ended in 1973, after which the U.S. moved to a voluntary military system. However, the Selective Service Systems still remains in case of emergency. All male U.S. citizens and male immigrants from ages 18 to 25 have to register with Selective Service.

In 2016, the Navy SEAL training was opened to women and in 2019, a woman completed the officer test to become a Navy SEAL. So, it shouldn’t be a question about whether women can physically be in the military. For years, Republicans have been blocking congressional efforts to allow women on the draft. Many representatives said they were keeping the interests of American children in mind and refuse to allow women on the battlefield because of antiquated beliefs.

With the recent possibility of a “World War 3”, many Gen Z and Millennial women are worried about being drafted:

me: *laughs at WW3 memes*
also me: *realizes i’m now old enough to be drafted* pic.twitter.com/Xqe2IZ3Bku

A lot of sexist rhetoric has come out with the possibility of a draft. Memes about feminists claiming they want equality until they have to be apart of the draft have become very popular. They say things like “suddenly sexism is a great idea when it’s convenient for women to not die in a war”. “If you want equality so much you should be drafted”. This is the same idea that many misogynists have when confronted with feminism, “if you really want equality then you should be okay with me punching you in the face” or “now that we’re equal I can punch you in the face.” But why is this considered an appropriate response to someone asking for equality?

Many feminists view the draft in two ways: “Yes, we can fight just as well as men” or “no one should have to be drafted, it’s unethical”. Women are already in the army, and have excelled. They are fighting and dying on battlefields right now.

me reacting to these #worldwar3 #ww111 #WW3 memes but being lowkey scared asf pic.twitter.com/wLBz7Ylb3K