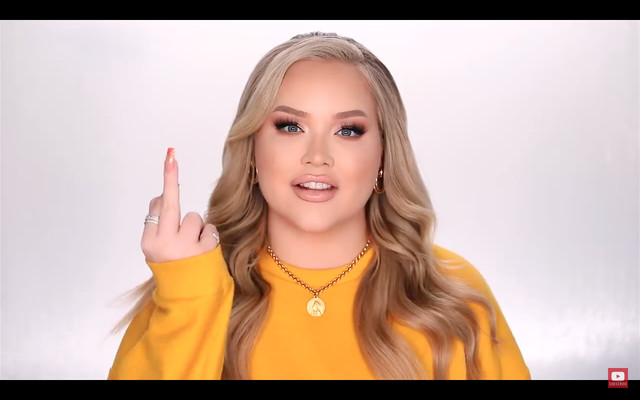 Make-up Vlogger Nikkie de Jager, better known for her YouTube name NikkieTutorials, has come out as transgender in a 17 minute video posted on her channel. The Dutch beauty influencer has been uploading tutorials since 2008, and has since amassed 12.8 million subscribers on YouTube, 13.3 million followers on Instagram and 1.89 million on Twitter. She is considered one of the most followed Vloggers, alongside the likes of Jeffery Star, Tati Westbrook, and James Charles, and regularly collaborates with notable brands including Marc Jacobs and Maybelline.

In the current number one trending video on the website, she beings, “Today I’m here to share something with you, that I’ve always wanted to share with you one day. But under my own circumstances.” Continuing to explain why it is that now is that time: Her decision to choose when and where to come out has “been taken away from her,” so she’s beating whoever she claims was blackmailing her to it. Although the circumstances aren’t fair, because for members of the LGBTQ community “coming out” is such a monumental moment and whatever person threatened to take that away from her shouldn’t be able to do so, Jager feels “free” with being able to share her story. For Jager, the timing thankfully aligned with her decision to go public, but it doesn’t take away from the fact that there was a chance she wasn’t and what could have happened had this video not have been posted.

Nowadays, to many people, labels are a restrictive and outdated concept. Jager elaborates on this: “I am NikkieTutorials, and I am Nikkie. I am me. We don't need labels. But if we are going to put a label on it, yes, I am transgender. But at the end of the day, I am me. And at the end of the day, you are you.” Furthermore, she hopes that in sharing this side of her she will inspire others to follow and bring hope to those who feel out of place. Before Jager was born, her mother was convinced she would be having a girl- which she did- but would discover this almost “immediately” after Jager began growing up. By the age of six, she grew her hair; by seven she was dressing in girl’s clothes and would fully transition at the age of 19.

Jager credits her mother for being there and being fully supportive of her. Remember, this would have been in the early 2000s, when another word, which will go unmentioned, was still being used instead of transgender. Yet, she recalls feeling accepted by teachers and some students, though some kids definitely didn’t understand. Ultimately her coming out message has been well-received online, with encouraging Tweets and the backing of several fans and other people in the industry. Kim Petras wrote, “I’m so happy n proud for @NikkieTutorials ur freee fkn beautiful n a fkn legend. that shit had me emotional.

Read through some other responses below:

Actual footage of the LGBT+ community going to find who was blackmailing Nikkietutorials pic.twitter.com/ZdmUmcAka2

Hi @NikkieTutorials!! I hope your day is amazing, flawless and gorgeous, just like you. ? pic.twitter.com/By9UnCMRYo

With all the great memes and lovely messages, though, there are some that make this situation a little disheartening. As we all know, some YouTubers have had their share of drama and feuds. This week, it’s from Too Faced Comsmetics CEO’s sister and brand ambassador "Dani California", a.k.a makeupprincess, who changed her Instagram bio to “Transgender huh? That’s not the only thing she’s been LYING about.” She’s rightfully being dragged online and has been dropped from the company by her brother, but, it’s apparent that even though it’s 2020, not everyone is as accepting as they should be.

So the sister of #toofaced Jerrod Blandino just updated her bio ..... the nasty lowlife bitch jumped out. This is 10/10 in response most likely to #nikkietutorials coming out pic.twitter.com/nnUeOXQyyP

The Repackaging Of Always Pads Has Apparently Upset Some Transphobic “Feminists”

Tags: Transgender , NikkieTutorials , YouTube , Beauty , Vlogger , Twitter , transgender , trans rights
Support Feminist Media!
During these troubling political times, independent feminist media is more vital than ever. If our bold, uncensored reporting on women’s issues is important to you, please consider making a donation of $5, $25, $50, or whatever you can afford, to protect and sustain BUST.com.
Thanks so much—we can’t spell BUST without U.