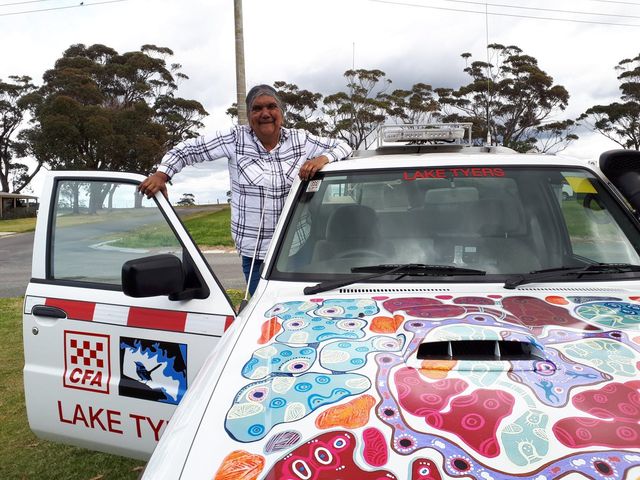 For the past few months, during Australia’s spring and summer, fires have devastated over 18 million acres of land, killed 26 people as well as an estimated one billion animals- some of which are endangered species.

Many of the people who have lost their lives fighting the flames, helping others evacuate, and rescuing affected animals are volunteers. One of these groups is an all-female, all-indigenous crew made up of mothers and grandmothers named: The Lakes Tyers Aboriginal Trust Country Fire Authority (also known as the Banana Women). Lead by 52-year-old, Charmaine Sellings, in eastern Victoria, the brigade was founded over two decades ago after intentional fires were started in the area. With only one rural road connecting the township to the rest of the country and a 45-minute drive to the closest fire station, Sellings and other local women decided to take matters into their own hands after a house was obliterated in one of these fires. Waiting for outside aid was too risky and unreliable.

“There was a sense of helplessness before we came along but we feel empowered that we can look after ourselves and our people whatever the situation. The community is proud of us and they value us,” Sellings told Now to Love.

Lake Tyers is home to the Kurnai tribe, who have suffered, as most did, when the British colonized Australia in the 1700s. One report suggests that about 500 massacres occurred during this period and continued well into the mid 20th century. Not only that, but the diseases and germs carried by Europeans were unknown to the indigenous people of Australia, resulting in even more deaths from exposure. Language, land and aboriginal history have been wiped out since the first colonizers arrived and the natives still suffer today, from discrimination to poverty. In June 2016, a poll revealed only 3.3% of Australia's entire population is indigenous. There is mass unemployment, too, with only 47.5% of 15-65-year-olds are working and less than half obtain the equivalent of a high-school diploma.

In 1863, Sellings’s grandfather was stolen from his home as a child when the Church of England ordered a colony named Lake Tyers Aboriginal Mission, forcibly removing indigenous residents from the area. “He never understood why he was taken – no one ever told him. He was only a little boy, ripped away from his family.” It wasn’t until the 1970s that the land was rightfully handed back to the Kurnai, making it the first Aboriginal land rights claim in Australian history.

Sellings and the brigade are protecting both their homes and their history by fighting the fires. And their efforts are being celebrated online by fellow firefighters. Although the group has no plans on retiring in the foreseeable future, they hope to recruit the next generation of indigenous women to help keep the legacy going and protect their sacred land.

“I can't imagine not doing it. This is our lives – it is part of who we are – it's part of me now. They'll bury me in my yellows!" she said.

Tags: Australia , Fires , All-women , Indigenous , Aborigine , feminist
Support Feminist Media!
During these troubling political times, independent feminist media is more vital than ever. If our bold, uncensored reporting on women’s issues is important to you, please consider making a donation of $5, $25, $50, or whatever you can afford, to protect and sustain BUST.com.
Thanks so much—we can’t spell BUST without U.