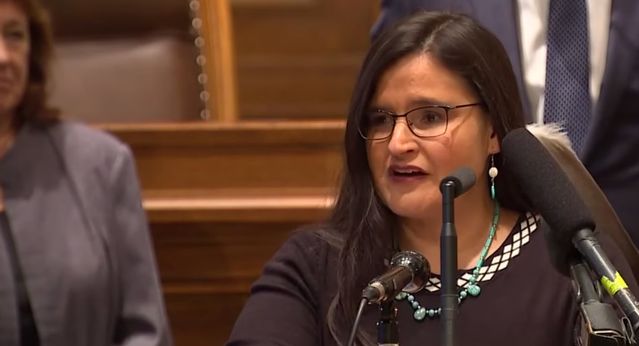 Prior to her new Supreme Court seat, Montoya-Lewis served as a chief judge for the Nooksack and Upper Skagit Indian Tribes, making her more than well-versed in tribal affairs. Her appointment is crucial for the Washington population, as the state is home to 29 federally recognized tribes. As Montoya-Lewis noted in an interview with The Spokesman-Review, Indigenous peoples are “disproportionately represented on every level of the criminal justice system.”

The justice’s swearing in involved many aspects of  traditional Native American culture, with ceremonial drumming and singing on behalf of The Port Gamble S’Klallam Singers and an opening statement made by the Quinault Indian Nation president, Fawn Sharp.

Now, the Washington State Supreme Court stands as one of the most diverse panels of justices in the country, with Montoya-Lewis adding to the female majority. This past year has seen monumental steps forward for Indigenous womxn, with the first two Native American congresswomen beging sworn in just a little over one year ago. One can only hope that the Indigenous womxn of the United States continue to achieve the representation they deserve. As Montoya-Lewis stated herself, she may be the first Native American Supreme Court justice in Washington state, but the most important thing is that she is not the last.

This Indigenous Woman Is Campaigning To Be The President Of Mexico