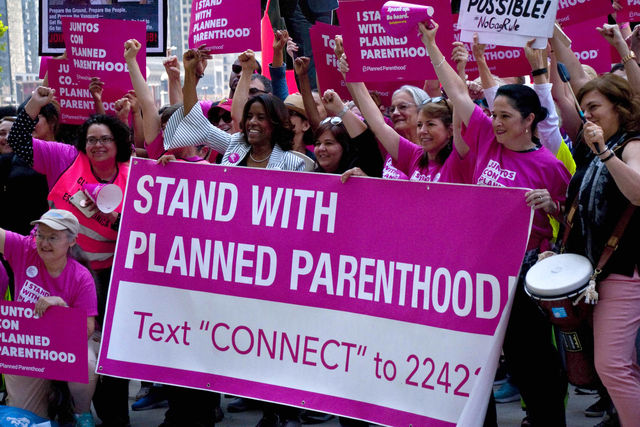 We are approximately 1,083 days into the Trump Administration. We know, hard to believe. Some days it feels like more, other days, it’s as if it has just begun. And yet, with each passing day, it feels increasingly difficult for women to receive the reproductive care they deserve. It isn’t just state and nation wide administration making it difficult for women to seek out abortions, however. Directory services such as Google Maps are leading women straight into the jaws of false abortion clinics.

According to a study done by Rewire. News this past fall, Google Maps consistently leads individuals seeking abortions to anti-choice pregnancy centers, AKA, Crisis Pregnancy Centers (CPCs). Often under the guise of a place one could have an abortion, CPCs actually do quite the opposite. Women who wind up at these establishments seeking abortions are often misled into believing that abortions are dangerous procedures and are subsequently dissuaded from pursuing them. While it appears that Google Maps does not always lead its users to these centers outright, as a simple Google search for “where can I get an abortion near me” in a place like Brooklyn, NY leads to safe and accredited establishments like Planned Parenthood, women searching for clinics in areas like the South are not so lucky.

The same study with Rewire. News revealed that if one is seeking out a facility to get an abortion, the directory service to turn to is Yelp. The news outlet noted that all Yelp reviews lead women to real, safe abortion clinics through a careful screening process. The Yelp User Operations team apparently manually reviewed some 2,000 businesses that appeared to be clinics, but didn’t actually provide abortion services, and recategorized them as CPCs for their user’s own safety and well-being.

Google, however, is not addressing the problem in the same careful way. While the company removed ADs for establishments that provide misinformation (CPCs), they do not seem to be actively going through the same screening processes as Yelp. This poses a major danger to pregnant people seeking out abortion services. A statement by the Journal of Adolescent Health alongside The North American Society for Pediatric and Adolescent Gynecology expressed last month that “CPCs pose risk by failing to adhere to medical and ethical practice standards,” and “...governments should only support health programs that provide accurate, comprehensive information.” Additionally, the same statement emboldened the notion that search engines should enforce policies against advertising for CPCs.

Unless Google Maps takes action to screen for CPCs, women will continue to fall into the hands of these misleading and harmful establishments. Especially considering the fact that many states are sending money directly to anti-choice clinics. According to a study done by the online magazine Facing South this past summer, an unsettling 14 states in the southern portion of the country sent tax-dollars to CPCs, with states like Texas sending $9 million to one CPC network in 2017 alone.

As the days drone on and the United States begins to look more and more like the Republic of Gilead, it is ever so important that women are provided with accurate information that leads them to establishments where they can safely carry out their right to choose. For now, it looks as though searching for abortion clinics through Yelp is the safest way to go. All we can say is: Do better, Google.

How To Finesse The Best Reproductive Care During The Trump Years