This Nude Model Raised $1M for Australian Fire Relief, But Not Before IG Deleted Her Account 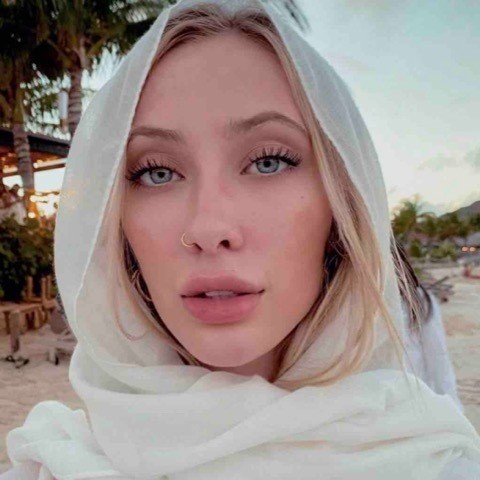 The last thing one might expect to hear in connection with the devastating wildfires wreaking havoc across the Australian continent is sex work. But such is the way of the wild wild web, this week’s social media grapevine saw just that. Anyone with an Instagram or Twitter account knows that there has been a large push on social media towards raising money for the Australian fires, which began to catch the attention of major media outlets at the end of December. Within the last couple of weeks, dozens of influencers have taken to their stories and feeds to push for donations to organizations such as the NSW Rural Fire Service and The Tasmanian Fire Service, with celebs like P!nk pledging to pay half a million dollars to the various relief foundations.

Granted, big-name celebrities promoting donations to these causes has likely inspired an influx of civilians to donate what they can, but it appears that sex workers have been the real heroes of raising funds for Australia. It all started out with Kaylen Ward, a model now known as The Naked Philanthropist. Late last week, Ward took to Twitter to ask for donations of $10 or more towards wildfire relief in exchange for nude photos. She asked that patrons send proof of their donations to her DMs, rather than sending her money directly, and she would send a photo of herself in return.

I’m sending nudes to every person who donates atleast $10 to any one of these fundraisers for the wildfires in Australia. Every $10 you donate = one nude picture from me to your DM. You must send me confirmation that you donated.
Please RT #AustraliaOnFire #AustraliaFires pic.twitter.com/VIgzCUy6Wf

Ward’s Twitter campaign blew up, and just three days after her initial tweet, she raised a whopping $700,000 in donations towards relief initiatives. While waves of supporters have taken to the Internet to champion Ward for her efforts, her success has come with some pitfalls. Shortly after her tweet began to circulate the Internet, her Instagram account was disabled for going against Instagram’s policies despite the fact that Ward denies any of her posts break said community guidelines, a phenomenon that happens to sex workers on the platform all too often. In the wake of her account’s deactivation, dozens of fake accounts claiming to be The Naked Philanthropist have begun to spring up on the platform. On top of that, she has received no shortage of hate and threats. Even amidst all the chaos, the icon herself tweeted Sunday “My IG got deactivated, my family disowned me, and the guy I like won’t talk to me all because of that tweet. But fuck it, save the koalas.”

My IG got deactivated, my family disowned me, and the guy I like won’t talk to me all because of that tweet. But fuck it, save the koalas.

The support Ward has received on social media has seemed to outweigh the negatives. In fact, Ward’s charitable act has inspired an entire movement. Many sex workers across the Internet have now followed in Ward’s footsteps, taking to Twitter to sell their nude and promiscuous photos in exchange for donations towards wildfire relief. User @l0serlexxx on Twitter vowed to send “Nature Nudes” to anyone with proof of donations and raised $20,000 in funds to aid the Australia fires. In exchange for donations towards organizations like WIRES Emergency Fund for Wildlife and the Australian Foodbank, Australian tattoo artist @lunachrissy sent patrons her cheeky, and may we say, artsy pics, accumulating proof of $18,000 in donations overnight.

RT to help my people and animals ? pic.twitter.com/vV8SSwDnMZ

The list doesn’t stop there, it appears that dozens of women have begun similar campaigns on their social media accounts, each of them citing the one and only Naked Philanthropist as their source of inspiration. With one single tweet, Ward sparked a movement the likes of which the Internet has never seen. It’s easy to assume that over a million dollars have been donated to fight fires in Australia from these women’s efforts alone. Will this movement of sex work for a cause continue to be a trend in the future? That’s hard to say. What we can say, however, is that the acts of Ward and her altruistic squad of sex workers are truly inspiring. Queens! Every single one of them.

Let Them Sit On Cake: Professional Cake Sitter Lindsay Dye On Art, Camming, And The Decriminalization Of Sex Work

Tags: sex work , nude model , onlyfans , Australian Fires , The Naked Philanthropist
Support Feminist Media!
During these troubling political times, independent feminist media is more vital than ever. If our bold, uncensored reporting on women’s issues is important to you, please consider making a donation of $5, $25, $50, or whatever you can afford, to protect and sustain BUST.com.
Thanks so much—we can’t spell BUST without U.