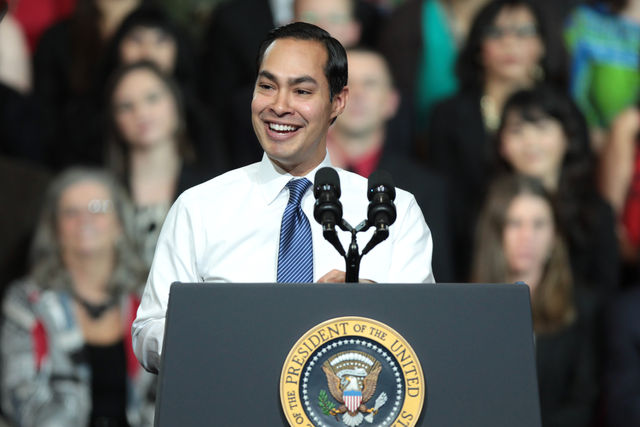 A few days ago, Democratic candidate, Julián Castro, dropped out of the race to become the next POTUS. As the only Latino person, it’s disappointing to lose a runner that brought diversity and a voice of around 58.9 million people who identify as Hispanic in the country. Yet, although Castro is no longer a potential candidate for president, he isn’t about to disappear completely. The former secretary of housing and urban development (under the Obama Administration) and Mayor of San Antonio, Texas, has announced his endorsement for Sen. Elizabeth Warren.

Castro broke the news on his Twitter writing, “Elizabeth and I share a vision of America where everyone counts. An America where people⁠—not the wealthy or well-connected⁠—are put first. I'm proud to join her in the fight for big, structural change.” An accompanying video tells the story of Castro’s family, particularly his grandmother, who came to the USA at seven years old and worked as a maid. This strong leadership from a hard-working woman transcends into his belief and support for Elizabeth Warren “who’s unafraid to fight like hell to make sure America’s promise will be there for everyone.”

Elizabeth and I share a vision of America where everyone counts. An America where people⁠—not the wealthy or well-connected⁠—are put first. I'm proud to join her in the fight for big, structural change. pic.twitter.com/xDvMEKqpF3

In the video Castro is seen meeting up with Warren at her home in Massachusetts, where she congratulates him on his effort during the campaign while they share tea. He tells her that his message mirrors her own the most: Wanting the best for all Americans, no matter who they are, where they come from and where they live. Their shared views are what enabled him to feel confident in endorsing Warren for this year’s vote.

“Nobody is working harder than you are,” he said, in an encouraging speech about his decision while Warren drinks out of a ‘Votes for Women’ mug. The pair talk about the change that is needed and what to fix, before cutting to a clip of a rally held by Warren in which she hugs supporters.

Hope is mentioned, and probably the main takeaway from this message— something that we could all use a bit of at a time when a war seems imminent, Australia is burning and Brexit is less than a month away.

Both Democrats will be holding a rally in Brooklyn tomorrow, Tuesday, January 6. Find out more information about the event here.