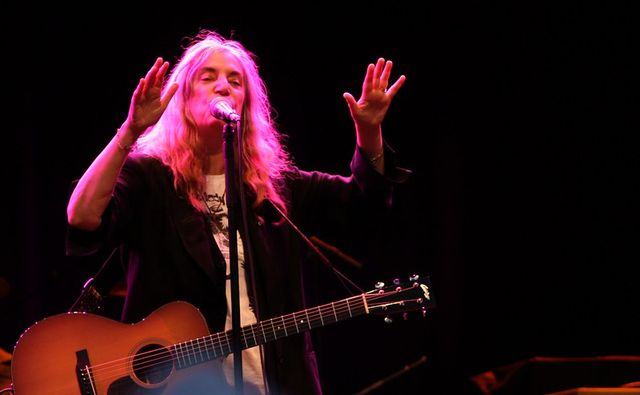 This past weekend, climate activist Greta Thunberg turned 17 years old and to honor her birthday, singer-songwriter, poet and novelist Patti Smith wrote a poem. And, obviously, it was brilliant.

Thunberg spent the day protesting outside the Swedish government with her ‘Skolstrejk för klimatet’ (school strike for climate) sign, as she has done every Friday for over a year, which began with just her; eventually becoming a worldwide protest last year in several different countries. In fact, there were an estimated 1.4 million young people and students who took place in these school climate strikes across 128 countries.

The poem, which was shared on Patti Smith’s Instagram page, is a short piece about the resilience of Thunberg and features a close-up photo of her in braids. Smith shares her admiration for the teenager’s efforts to raise awareness around climate change despite the backlash she has faced and how she expects nothing at all for herself. It’s clear it isn’t fame Thunberg is after, it’s policy and moral change, Smith expresses.

Read the whole poem below:

This is Greta Thunberg, turning seventeen today, asking for no accolade, no gifts, save we not be neutral. The Earth knows its kind, just as all deities, just as animals and the healing spring. Happy birthday to Greta, who stood today, as every Friday, refusing to be neutral.