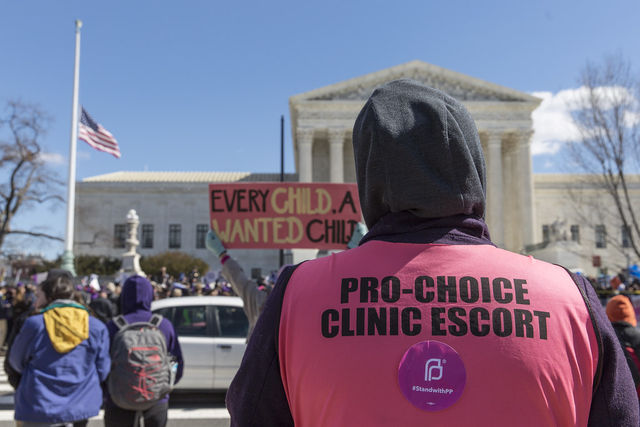 Massachusetts, a state often praised for its progressive and liberal values, received a “C” grade for abortion access from abortion rights group the Guttmacher Institute. One of the main reasons for the lackluster ranking is that Massachusetts requires minors to get parental consent before obtaining an abortion.

Abortion rights opponents argue that involving a parent or judge is supposed to protect minors seeking abortion, but in many cases, this has had the opposite effect, reports WBUR News. A woman, who spoke anonymously to NPR, recalled finding out she was pregnant after being raped when she was 15. The young woman was certain she wanted to terminate the pregnancy, but the state’s required parental consent policy only complicated the situation. “I knew I couldn’t tell my mom or my immediate family members because my pregnancy was the result of a sexual assault from a family friend,” she said. The women went on to mention that her life at home “wasn’t necessarily a safe or healthy one at the time.”

Her only legal alternative required getting permission for the procedure from a state judge, an experience that still weighs heavily on the young woman, now 23. The judge reportedly never made eye contact with her while discussing her grades and whether she played sports. He also never asked about the assault or her abortion. “And then, right before I was leaving, he just encouraged me to think harder next time, before I had sex. That was tough to hear.” And that is what stuck with her — “the feeling that I had — from seeing the judge and those last words he said to me about being ‘more responsible.’”

The judge granted her request, but time is essential to consider regarding fetal development; the additional time it took for the 15-year-old to get permission meant that she was beyond the stage in which she could take pills to induce an abortion. Instead, she had to have the more invasive surgical procedure.

Research from the Obstetrics & Gynecology journal shows that obtaining permission through a judge typically delays an abortion for minors in Massachusetts by six days. Such delays are most common among nonwhite and low-income teenagers. Additionally, requiring parental consent works to reduce abortions. According to calculations by Michael New, a visiting professor at The Catholic University of America, required parental consent has prevented at least 10,000 abortions since it was enacted in Massachusetts.

Following Brett Kavanaugh’s 2018 succession to the U.S. Supreme Court, legislators have been reversing state-level policies on abortion. Both supporters and opposers of abortion rights forsee Kavanaugh’s appointment resulting in Roe v. Wade being overturned, which would mean the power to establish abortion policy would be left to the states. According to the Guttmacher Institute, in 2019, 17 states have passed abortion restrictions or bans, whereas 9 states have confirmed or expanded access to abortion.

Abolishing parental consent is one of the main factors in a bill currently pending in the Massachusetts legislature. The bill, which is being called the “Roe Act,” would also allow abortions in the third trimester if a doctor diagnoses a fatal fetal condition and additionally would establish the right to an abortion in state law. Sen. Harriet Chandler, the bill’s sponsor, argues that “if people realize what a post-Roe world would be, that would make it even more reasonable to do this bill.”

Abortion rights activists say passing the Roe Act “would help Massachusetts cement its commitment to abortion access — and become a legislative haven for women who can’t obtain abortions in other states.” And considering the frightening potential of Roe v. Wade being eroded, Massachusetts has the opportunity to stay on the right side of history and ensure abortion access during a time when more women will need help getting them.