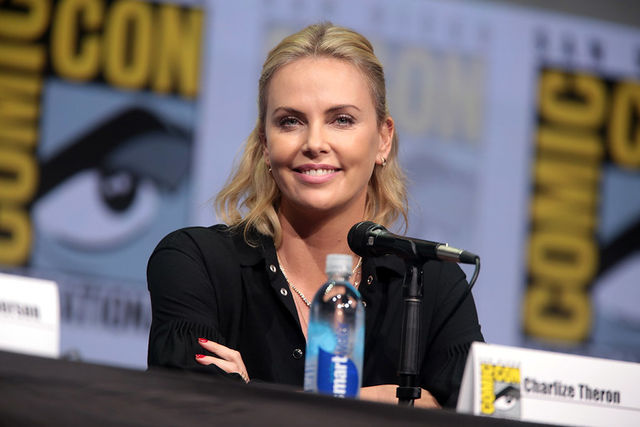 Actress Charlize Theron, and recent star of the film Bombshell, has spoken in length to NPR about her experience with sexual harassment by a “very famous director” early on in her career. The actress reported that the incident occurred in 1994 when she traveled to an audition to a well-known director’s house. Once Theron arrived, the director was “drinking in his pajamas” and at some point during the night, he touched her leg inappropriately, prompting her to get the fuck out of there.

Like many victims of abuse and harassment, Theron blamed herself for not telling him to stop. She also figured that the motives behind the audition’s location should have been apparent, being in his private residence on a Saturday night. She felt foolish. "I put a lot of blame on myself ... that I didn't say all the right things, and that I didn't tell him to take a hike, and that I didn't do all of those things that we so want to believe we'll do in those situations," she said.

In Theron’s latest role, she plays former Fox News presenter Megyn Kelly, who alongside Margot Robbie and Nicole Kidman, portrays the real-life story of how women took down the CEO and chairman Roger Ailes for sexual harassment at work—leading to his resignation. Although the story is a remarkable one, Kelly and her colleagues were anything but feminists and have made some insulting remarks before (Kelly’s career has never recovered since she defended Blackface on air). After all, this is Fox News we’re talking about.

But Theron and her co-stars know this. She commented on how their aim wasn’t trying to make them “heroes” or “whitewash” anything, “We were going to pepper those things into the film so that we were authentic to them and the story and still feel like, through all of that, that what they did was still incredible. They took down this media mogul, and that has never happened before.” Maybe her opinion would differ if she wasn’t white.

Still, the coinciding of the film’s release and her story feels like we could be about to receive a second wave of the MeToo movement. The decision to speak out was changed from a moment she recalls a plan on confronting the accused years later, only to feel disappointed with his dismissal of what happened. He dodged the subject and acted like it was nothing, regardless of how much it had obviously affected Theron. She wanted this big moment but never got it. And now she feels that this is the start of his retribution.

The importance of details, severity, names and so on are not what matters in this case. What does matter is the prevalence of this happening to women then and now and in every industry. When, and if ever, Theron decides to name the director is up to her. For now, what’s important is allowing women to feel safe to share their stories and see the sufficient actions taken against the perpetrators.

In The Era Of Trump And #MeToo, "Bombshell" Rings Hollow

The Women Of Bollywood Are Having Their Own #MeToo Moment

Tags: Charlize Theron , Hollywood , Bombshell , Movies , Feminism , Harvey Weinstein , #metoo , #womenandfilm , #hollywood
Support Feminist Media!
During these troubling political times, independent feminist media is more vital than ever. If our bold, uncensored reporting on women’s issues is important to you, please consider making a donation of $5, $25, $50, or whatever you can afford, to protect and sustain BUST.com.
Thanks so much—we can’t spell BUST without U.