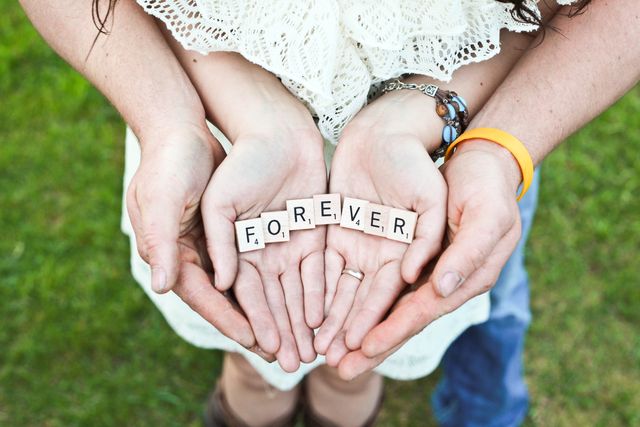 A doctor from St. Louis University Hospital is being charged with the production and possession of child pornography, as well as transporting a minor across state lines for sex. Dr. Ashu Joshi, 47, was indicted on these charges after intimate Facebook messages and images were found between him and Madison Dole, who was 16 at the time. A few weeks after meeting, Dole was carrying Joshi’s child and the couple were talking about marriage in the unearthed messages.

The teenager’s mother was originally a patient of the doctor and essentially set the two up; when speaking to St. Louis Post-Dispatch, Dole said that she “asked if I would be interested in dating him and learning more about his career” although there has been no comment on the charges from her parent. Joshi met Dole to discuss her interest in pursuing a career in the medical field before she began babysitting for him, eventually engaging in sexual activity with her and starting a romantic relationship.

In Missouri, the age of consent is 17 and in Kentucky, it is 16, with the exception of the age being “raised to 18 if the offender is in a position of trust or authority over the victim.” For marriage, the minimum age is 16 in Missouri (but if a person is over 21 they cannot marry anyone under 18), and in Kentucky, it was recently moved from 16 to 17 with a parent’s and/or guardian’s consent.

After the arrest and suspension of Joshi’s medical license, the couple were married in Kentucky at a private ceremony that was approved by a judge. Prosecutors argue that this was done, in part, to help the trial and case against the doctor. Dole, now 18, has repeatedly told news outlets that she wants the charges dropped either way and the return of the private evidence and images, stating that there is nothing illegal or sinister about the relationship. However, since one of the conditions of Joshi’s $10,000 bail was to not have contact with Dole and their concealment of the marriage, a prosecutor of the case has asked for him to be jailed until his upcoming court date on January 10.

This particular case happens to be a rare and complex one that involves loopholes and exceptions, partly because of the timing and respective laws of each state—though it does raise questions surrounding teenage marriage. Should a person of nearly 50 be able to marry someone under 18? Should two people of 16 be able to marry each other? I would say no. Most people I know and surround myself would say no (I would hope). Morally and logically either of those is wrong: Does anyone know what they want at 16? And someone who is nearing middle age should not be in a relationship with a child. It is hard to comprehend that there are laws in place that allow this to happen at all in 2019, and yet, there are. Most people finish high school at 18, 69.8% of those will go to college, pushing the concept and age of marriage to much after they graduate. The average age of a woman to get married in the US is 27 and for men, it is 29.

So why are these laws in place, and more importantly, for who, if the data points to this being an uncommon situation? An unsettling figure, according to The Pew Research Centre, is that out of the 57,800 reported marriages from ages 15-17 in 2014, 31,644 were girls. In Texas, the most popular state for child brides, 9 out of every 1,000 girls of that age group were married. Further, a study by Girls Not Brides found that between 2000 and 2010, most child marriages were to adult men.

Eighteen is the average age of consent across the US, with most also accepting someone of sixteen and, sometimes younger, with a court order or parent’s consent. In North Carolina a female can marry at 14 if they are pregnant or have given birth to a child; this law applies in Maryland at 15. In California, there is no minimum age requirement if there is parental consent. In Alabama, if the minor has previously been married parental consent is not needed.

At a time when human trafficking has reached a record high worldwide, laws need to be set in place to enforce the protection of individuals subjected to this. Between 2007 and 2017 US Immigration Services approved thousands of visa petitions for adult men to bring underage spouses and fiances to the US. Currently, women and girls make up 71% of the enslaved population, while 51.6% of cases last year in the US involved children. But those are the figures that we know of, because of the nature of human trafficking there is much that goes unseen and unreported, which could potentially be far worse than anyone can imagine.

Photo by Gabby Orcutt via Unsplash

6 Things You Need To Know About Human Trafficking

Tags: Feminism , Doctor , Missouri , Kentucky , Charged , Child , Pornography , Trial , Child Bride , Human Trafficking , feminism, , sexual harassment
Support Feminist Media!
During these troubling political times, independent feminist media is more vital than ever. If our bold, uncensored reporting on women’s issues is important to you, please consider making a donation of $5, $25, $50, or whatever you can afford, to protect and sustain BUST.com.
Thanks so much—we can’t spell BUST without U.