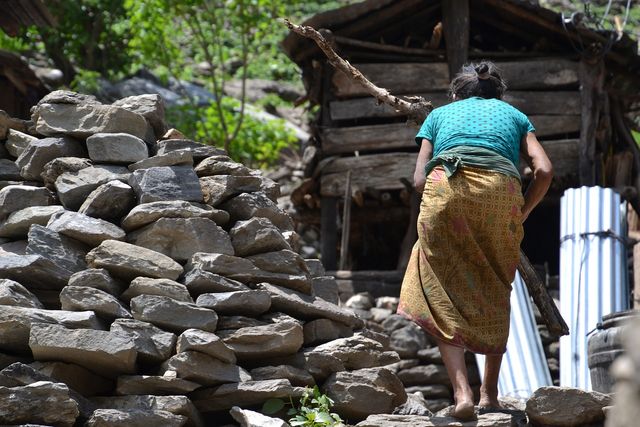 A recent study published in the journal Sexual and Reproductive Health Matters has found that nearly 8 out of 10 women in mid-Western Nepal still sleep in designated “menstruation huts,” despite the practice being banned last year. The huts are small and cramped; they have no windows and only a small door. The practice is known as “Chhaupadi” and requires that menstruating women and girls separate themselves from their communities due to their periods being “unclean.” During this time, “women are banned from touching people and certain foods as well as entering temples, using communal water sources or kitchen utensils.”

The study, which surveyed 400 girls from the Karnali province, “found that 77% of the girls surveyed practiced Chhaupadi.” Even among wealthier girls, 66% of girls in the top fifth wealth bracket still did,” CNN reports.

The practice was outlawed last year after numerous high profile deaths of women during their confinement, having been suffocated or bitten by a snake. This year, there have been at least four deaths, including a 17-year old girl who died from smoke inhalation after lighting a fire to keep warm.There are also numerous reports of sexual assault. According to CNN,  “Under the law, anyone who forces a woman into a menstrual hut will be sentenced to three months in prison or fined the equivalent of $30.”

However, the reality is that the law has been difficult to enforce, with some claiming that local police have been slow to take action. The practice of “Chhaupadi” is centuries old and is deeply ingrained in some communities. Menstruation is still taboo and many girls find themselves psychologically isolated — even those who are not forced to spend time in a hut.

Tags: menstruation , Nepal , menstrual huts , chhaupadi
Support Feminist Media!
During these troubling political times, independent feminist media is more vital than ever. If our bold, uncensored reporting on women’s issues is important to you, please consider making a donation of $5, $25, $50, or whatever you can afford, to protect and sustain BUST.com.
Thanks so much—we can’t spell BUST without U.